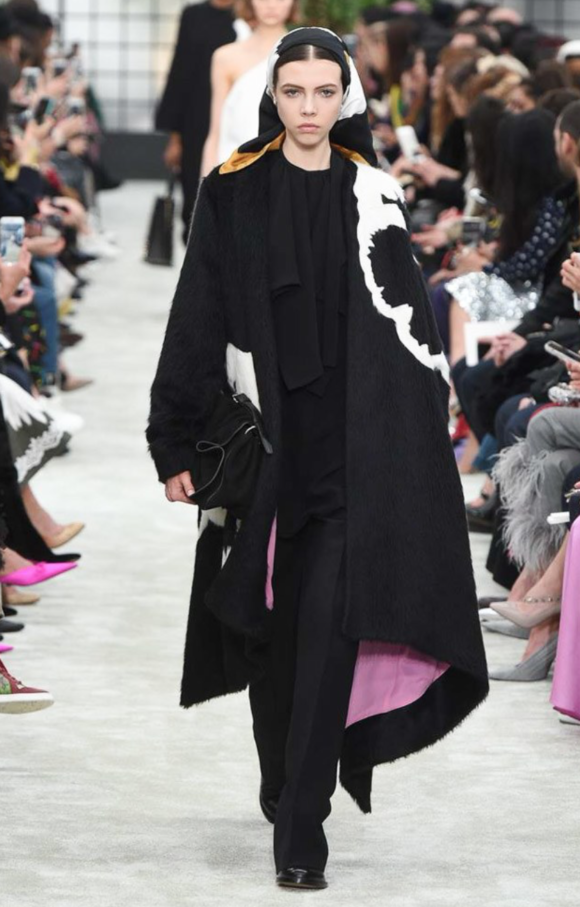 Paris had a stellar week with some of the strongest collections of the season. Here, Prima Darling’s picks for the absolute five, must see Paris fall shows.

Pierpaolo Piccioli is on a roll. One month after his ground breaking Valentino haute couture collection, he continued with easy silhouettes and luxury layers for fall ready to wear. He’s one of the few designers to continue pushing a well-established house forward while respecting the DNA of the brand. For my money this fall collection is the shape of luxury to come and at the top of my list for Paris fall shows.

Even in this season rife with mad pattern mixes, no one comes close to Dries Van Noten’s mastery of layering colors, prints and patterns. His unique blend of bohemian luxury soars in this fall collection.

It may take time for our eyes to adjust, but there is no denying Demna Gvasalia is a visionary and one of the most influential designers working today. As extreme as his shows may appear, his concepts have a way of ultimately trickling down and changing the course of fashion. His sock boots, exaggerated proportions and sweatshirt dressing are now everywhere in every market. Molded jackets, with nipped waists and padded hips, tailored to perfection were new to the Balenciaga runway this fall. His now familiar oversized look was taken to the next level with multi-layered anoraks, sure to be copied everywhere.

The darling of Paris, Simon Porte Jacquemus does it again with another sensual, women-friendly collection. I like him best for his soft tailoring and artfully draped silhouettes.  As an independent over nine years, Jacquemus has established himself as a major player and put to rest rumors that he would  sign with one of fashion’s behemoths. The surprise announcement was the addition of menswear to his mix. Hopefully he’ll stay independent and retain control of his name now that he’s getting the worldwide attention he deserves.

Natacha Ramsay-Levi has assertively taken the reins for Chloe since her debut last September, charting a clear path with a more urban edge. The feminine feel Chloe is known for is retained without going too girly. Flou silks formed the foundation of the collection and contrasted nicely with the tougher outerwear pieces. Ramsay-Levi makes clothes to be worn in everyday life, case in point the zippered pants and jodhpurs.