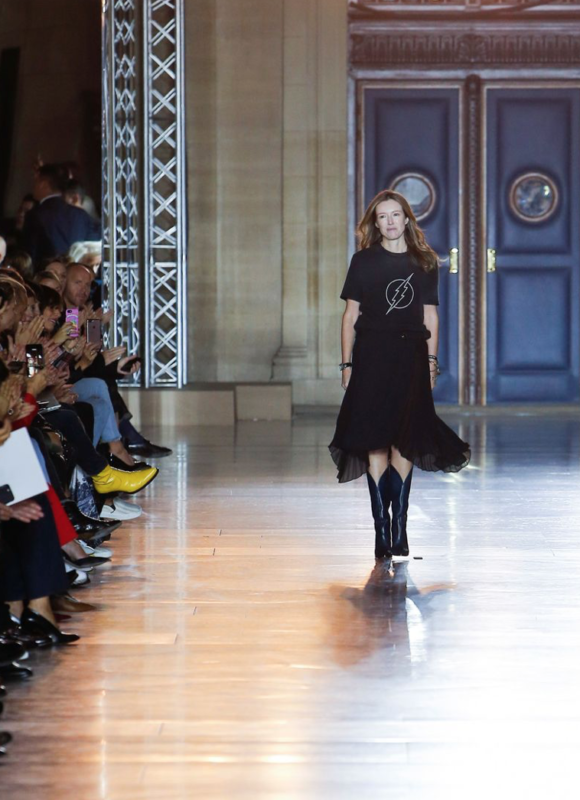 As Paris Fashion Week winds down I find myself underwhelmed. One of the most highly anticipated shows of the season was Clare Waight Keller’s debut at Givenchy. I love what she did at Chloe and know her to be a talented and capable designer, but her debut collection floundered. It looked as though she was questioning herself and attempting to be something she is not. In future seasons I trust she’ll settle into the job.

The Valentino and Celine shows come towards the end of Paris Fashion Week and a month of fashion weeks in four different cities. Usually they bring perspective and a sense of order to the month long binge of fashion sensory overload. This time around they added to the confusion with an unfocused message, a whole lotta ugly and the occasional gem.

No one can argue that Demna Gvasalia is not an influential designer. He started the sock boot craze, which has trickled down to every crevice of the market and brought the power shoulder back with a vengeance. Three tiered pants and money prints were just a couple of tricks he had up his sleeve for Balenciaga. He wisely continued with the micro floral prints and full leg boots that have become his signature, along with blown up proportions. Gvasalia added a new more controlled direction, with body conscious sweaters over naïve floral prints that looked fresh after a season of excess.

Joseph Altuzarra showed in Paris this season and delivered his usual feminine fare. He’s one of the few designers that still believe in making women look pretty, and there’s nothing wrong with that. Though I could have done without the granny panties under the fishnet skirts. It’s time to retire this styling trick.

That’s my Paris wrap-up, sorry it wasn’t more upbeat but I call ’em as I see ’em.