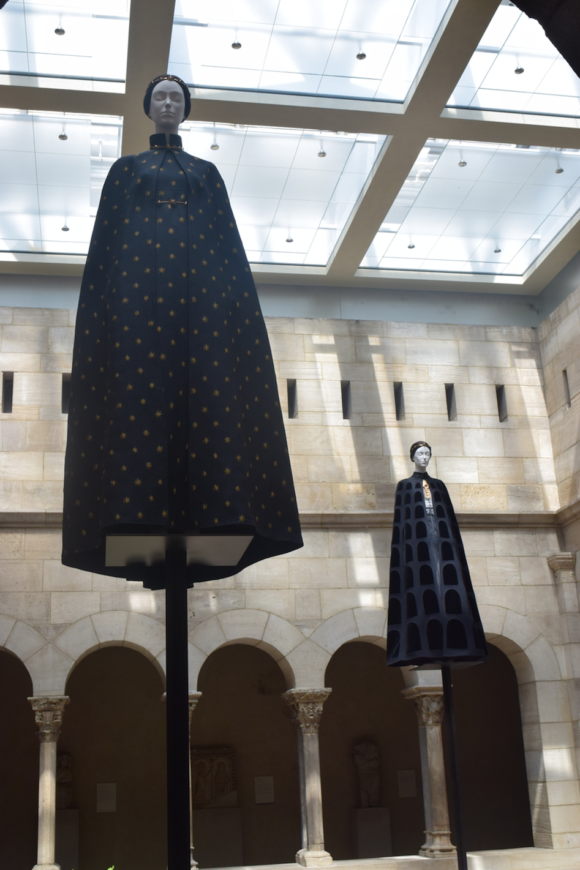 Back in May I posted a story on the Heavenly Bodies exhibit at the Met, noting that the show continues at the Cloisters uptown. The Cloisters is a magnificent museum dedicated to the art and architecture of medieval Europe.  The building is an assemblage of reconstructed medieval cloisters brought over from France in 1938.  John D. Rockefeller financed the project and threw in 56 acres to form Fort Tryon Park with 4 acres reserved for the site of the museum.  Perched high above the Hudson River with unspoiled views of the Palisades across the river, the setting brings you to another time and place. You can read more about the fascinating history of the Cloisters here. I highly recommend a visit, particularly in the summer. 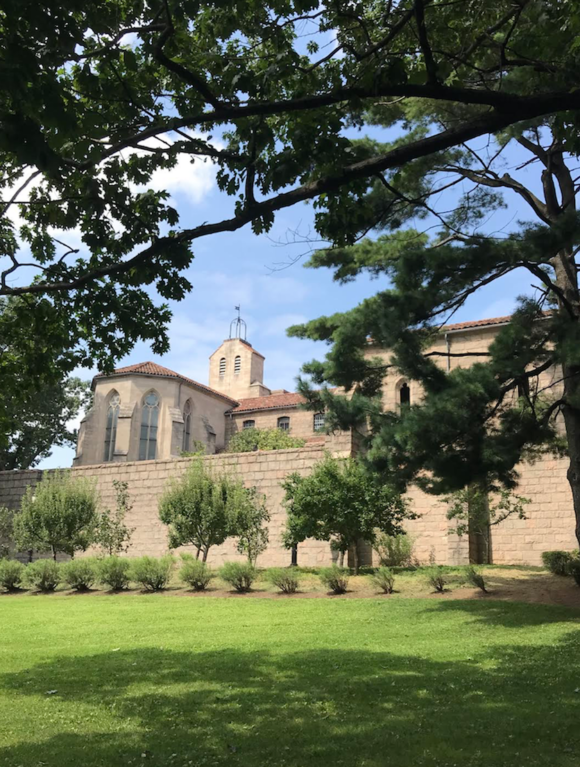 Heavenly Bodies at The Cloisters

The unorthodox decision to split the show was brilliant.  The setting of the Cloisters, with its medieval chapels and heavy stonewalls solidified the clothes to the theme of the show in dramatic fashion.  If the famous Balenciaga wedding dress of 1967 were the only piece on display it would be well worth the trip. Set alone in a chapel, it is the essence of the entire exhibit in one gown. But there is so much more. Recent Valentino was well represented. One courtyard contained two floor length robes perched high overhead(top photo). One with celestial stars in gold the other had black velvet inserted into arches of black double face, reflecting the architecture surrounding it.

The subtitle of the show, “Fashion and the Catholic Imagination” was more fully realized in the setting of the Cloisters.  The imagery of the Catholic religion, with its long robes, ecclesiastical opulence and sometimes-humble purity coalesced in the clothes uptown.  I would go so far as to say if you only have time to catch one part of the exhibit, head to the Cloisters and make a day of it. 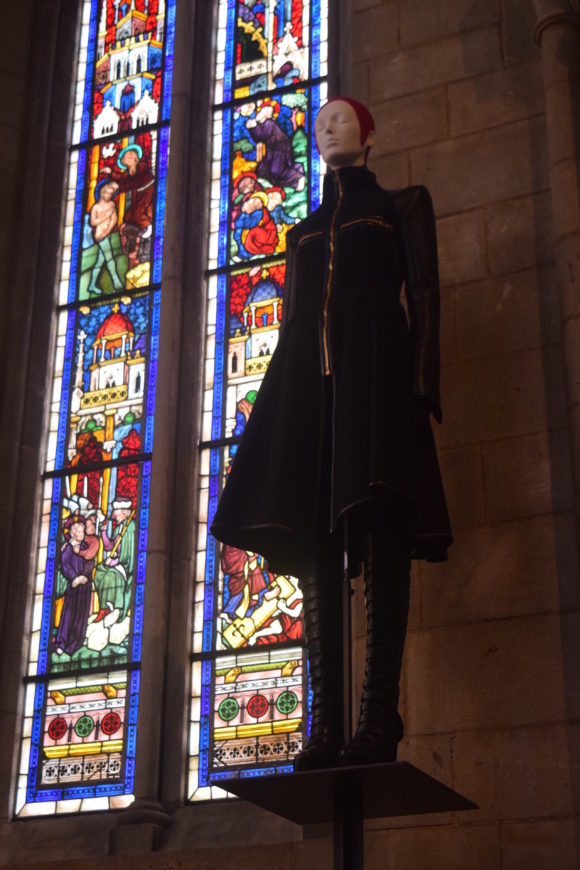 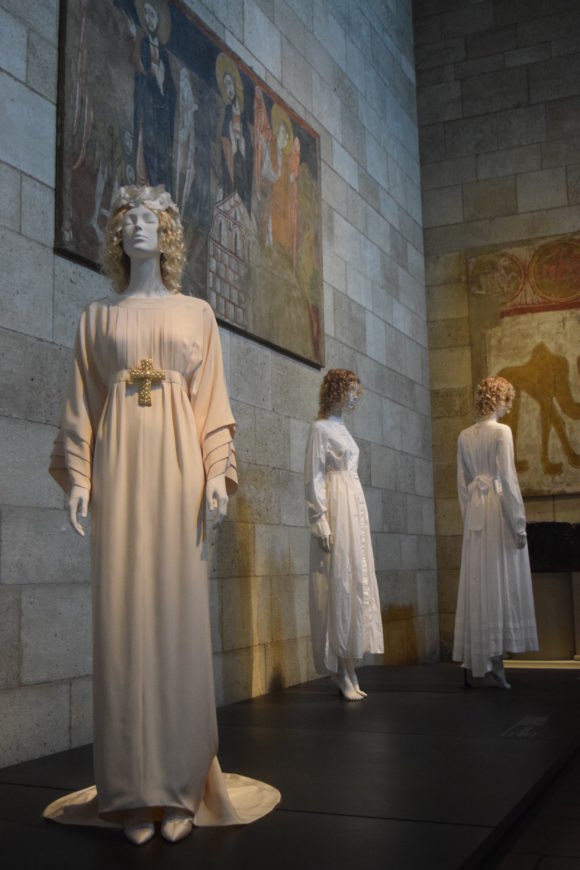