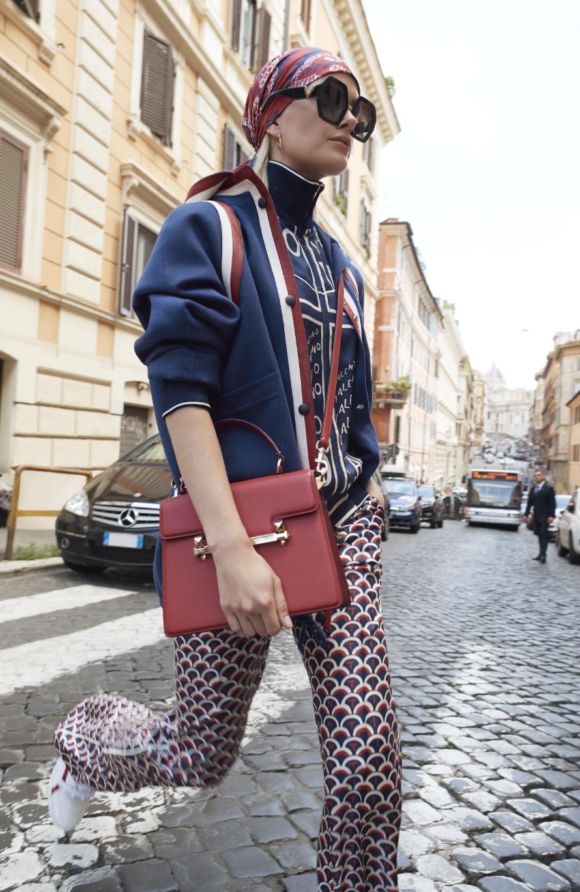 The Valentino Resort collection evokes the chic side of 1970’s Rome. Yes, I plainly stated in Monday’s story on Givenchy, that designers need to “shed the nostalgia for past decades” But here comes Pierpaolo Piccioli, just a day later, with a stellar collection paying homage to an idealized version of the seventies. This is not a thrift shop fueled collection, doting on eccentricities. Piccolo took inspiration from the seventies of Jackie O at the height of her jet set days, without getting too retro.

Silk twill was fashioned into everything from scarf dresses to pants and pelted with the Valentino name. It made we wonder if Piccioli was thinking about his year-end bonus a little too much. Nonetheless the prints were charming, though I wish some were left without the overt branding. The V patterns were more subtle, resembling a geometric pattern that seventies interior design legend, David Hicks would have loved.

Three personal loves of mine were key to the Valentino Resort collection and ripe for immediate consumption; chunk heeled loafers, silk twill headscarves and Jackie O Sunglasses. Here are my picks to get this party started.