Narciso Rodriguez has often been referred to as a designer’s designer meaning he knows his craft and has his own strong point of view, never overtly influenced by the ever-changing fashion tides. This year he celebrates his twentieth year in business and to mark the occasion he’s reissued a capsule collection of his favorite dresses. The dresses, available through Barney’s, look just as relevant today as they did ten-twenty years ago. Timeless style, something I’ve been thinking a lot about lately, has always been his mandate. This statement he made to Vogue sums it up, “My mission has never been to be part of the season, but something that’s more lasting”. In this he has succeeded, sometimes at the expense of making headlines, but always remaining true to himself. Nonetheless over the years he has developed a loyal following from major stars to CEO’s.

Last summer Narciso Rodriguez and his husband welcomed newborn twins into their lives. He skipped a fall show and this season opted for a small presentation. Shows have become more about the celebrities paid to perch in the front row and the paparazzi fueled circus surrounding the shows than the actual clothes. Good for Rodriguez to recognize this and opt to put his family first. 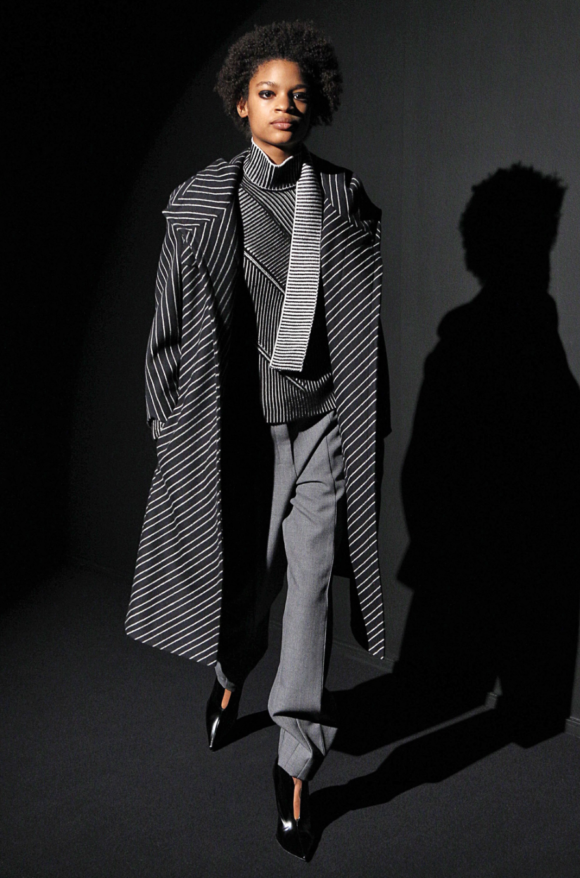 For fall ’18 Rodriguez favored more generous proportions, adding an effortless ease to the looks. Graphic stripes and color blocking punctuated with acid brights built on his well-established repertoire while still looking new. The standout orange coat is the perfect foil for the long grey New York winters and guaranteed to remain in rotation for years to come. Congratulations to Narciso for becoming a new dad and for twenty years of consistently great fashion, both major life events!