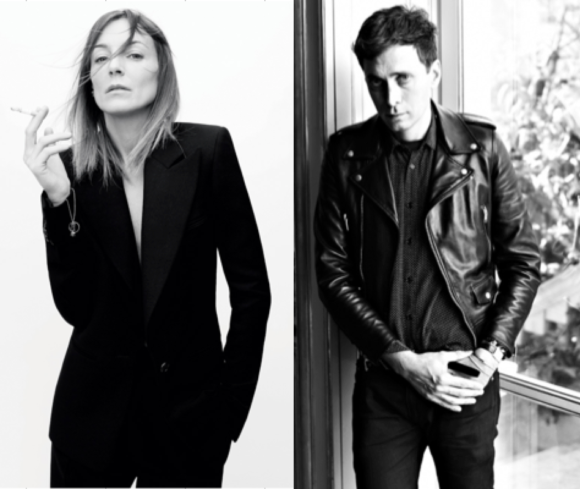 I didn’t see this one coming, Hedi Slimane appointed creative director at Celine. I assumed given the loyal following of Celine women accustomed to clothes suitable for their important jobs (thus enabling them to afford such clothes) that another woman would follow Phoebe Philo. Since then I had time to think about this, look back, reflect and now comment.

My initial reaction was negative; women don’t need more clothes for clubbing, but looking at it from a business perspective it does make sense. Hedi Slimane has a rock star persona, anti establishment, a bad boy whose subversive ways translated to dollars during his stint at Saint Laurent. There he mined the archives and reimagined the brand DNA in his skinny, rocker girl aesthetic. It was an instant, if predictable hit. I was not one of the people to drink the Kool-Aid but I could appreciate his elevated staples that made their way to the stores and sold. Ditto for the accessories, they were good-looking, though hardly revolutionary.

My bet is he will garner the press attention and buzz LVMH desires and will successfully launch the men’s collection and the fragrance. I think he may throw a curve ball to the naysayers, Vanessa Friedman among them who wrote in August ’17 an article in the NY Times titled, Why Is Fashion So Obsessed With Hedi Slimane.

The Celine women’s collection though may prove a tougher nut to crack if he doesn’t have his usual skinny rocker aesthetic to return to. It will be interesting to see where he goes. My hope is he’ll do a more grown up and refined collection, retaining his subversive MO, but with more design and invention. I also hope he respects that the Celine woman is about ease and comfort. Occasionally for Saint Laurent he showed easy silhouettes to great effect, proving he has it in him. Only time will tell. It’s just another round of designer musical chairs, which will most likely come full circle in three to four years.

As for Ms. Philo, we’ll just have to wait until her non-compete clause expires. Then hopefully she’ll return to fashion, under her own label. She’s the woman designer of our time and this particular feminist moment should belong to her. She’s far too talented and needed to stay on the sidelines too long.