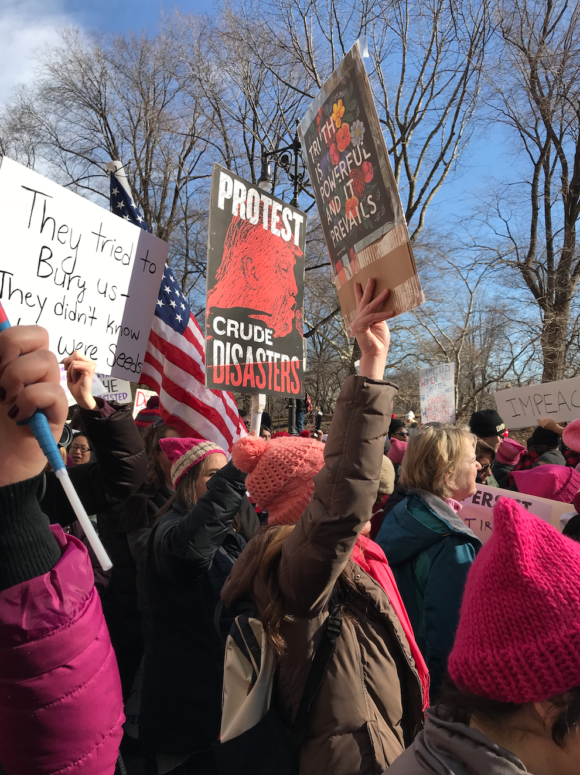 It’s been quite a year since the last Women’s March. Trump has been in office for a year, the government is shut down and America is as polarized as ever. On the positive side the #MeToo Movement has brought the reality of sexual harassment out of the shadows. I don’t think anyone could have predicted the chain reaction that began with Hollywood to Congress and on to practically every workplace. The insidious practice of sexual harassment is no longer a taboo well-known secret. Work place rules have been changed, legal funds formed and at least some of the Weinsteins of the world have been taken down. This is a powerful message to women everywhere and a major paradigm shift.

Despite the fact that there were hundreds of Women’s Marches on Saturday, in cities and towns across the US and around the world the media gave it scant coverage. Does anyone else get the feeling that men in power are deliberately trying to silence women? It wouldn’t be the first time. The Women’s March in New York had an estimated crowd of 200,000. The Los Angeles Women’s March was 600,000 strong. Protesters worldwide were well into the millions. The frustration of the people was palpable and it was clearly directed at Trump. The anger of last year’s march was still there though now it came with a greater sense of purpose, particularly for the midterm elections and calls for Trump’s impeachment. 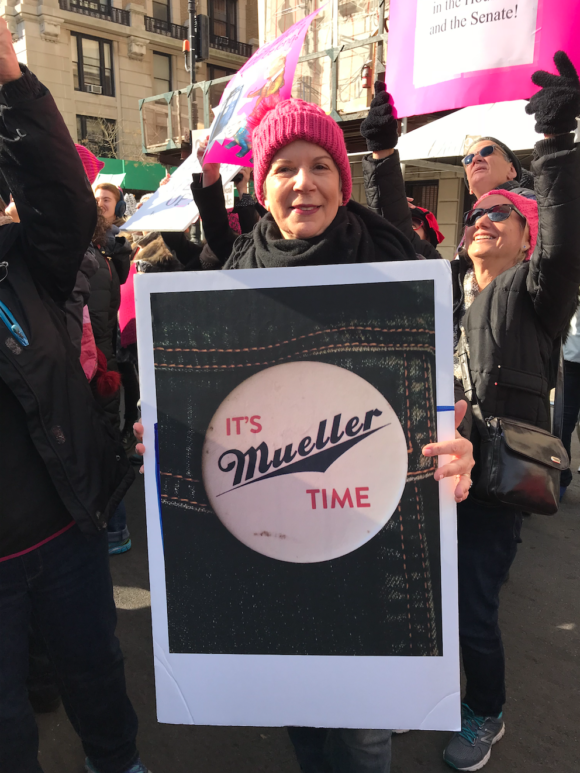 Fortunately in New York we had a mild and sunny day. I was happy to spend the day marching with my daughters and a group of women ranging in age from high school to fifty something. This was typical of the diversity of age in the crowd at large, which I find very promising. The young girls and women marching are engaged and energized and this is great for our future. 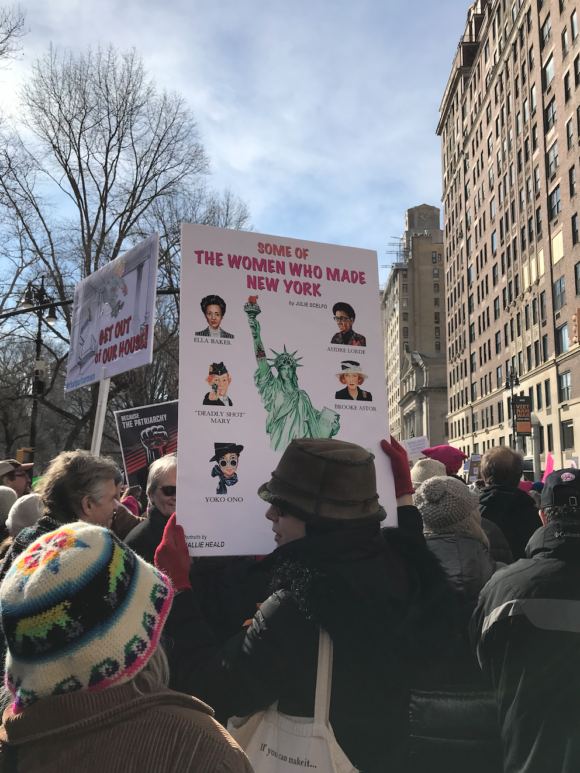 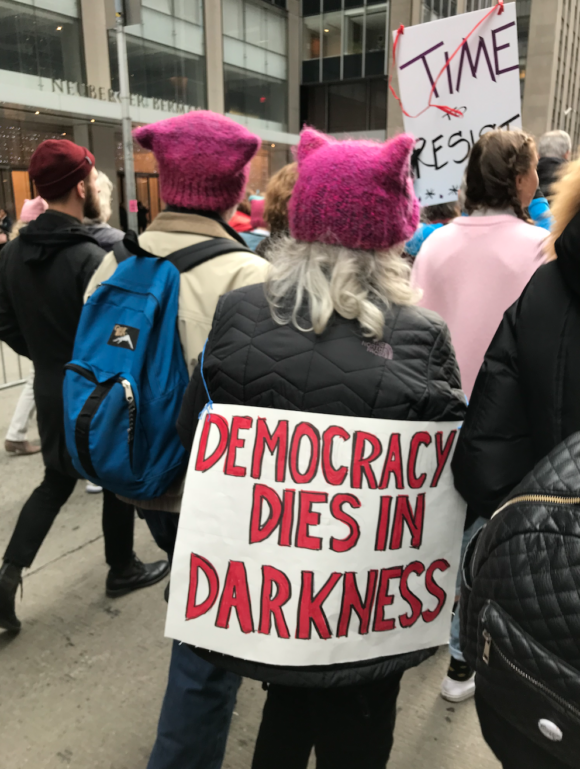