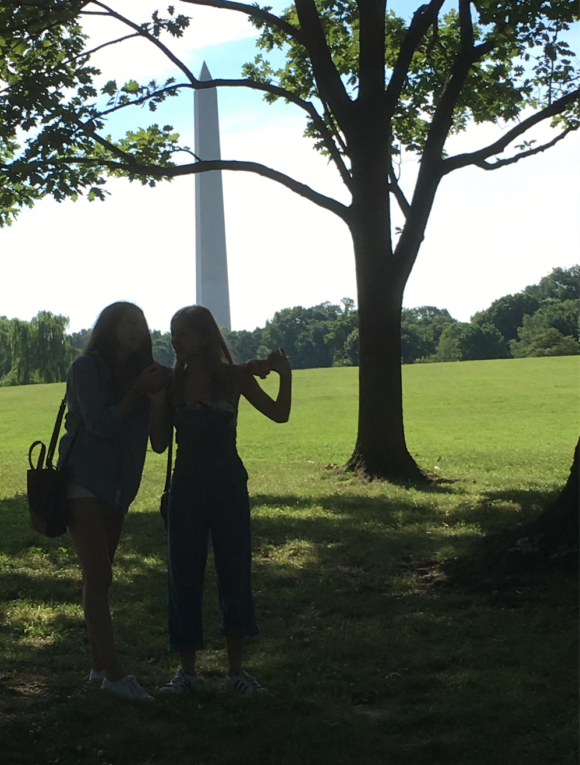 To mark International Women’s Day I went back to this story originally posted on November 9th 2016, the day after the US presidential election. In the sixteen months since then the Women’s Movement has been energized, giving birth to the MeToo Movement, two Women’s Marches with millions of participants, and women in record numbers entering politics as candidates. No one could have predicted all that has happened but it’s clear that day was a turning point for women everywhere and a catalyst for much needed change. On this International Women’s Day let’s acknowledge the progress that’s been made and continue with the work we started.

What Hillary’s Defeat Means To My Daughters and Me

I’m trying to process the unexpected defeat of Hillary Clinton and eventual presidency of Donald Trump. It hasn’t been easy. To say I’m devastated is an understatement, but my deepest regret is to see the events of this election through the eyes of my teenage daughters ages 16 (today) and 19. The vulgarity and misogyny of Trump during the campaign makes his victory especially bitter. However worse than that is to have my daughters bear witness to a highly qualified and intelligent woman, clearly the more prepared candidate, lose to a lesser man. This is my opinion and there are surely many people who would disagree (worth mentioning, Hillary did win the popular vote).

In yesterday’s post, Why I Meditate, I touched on the necessity to cultivate our well-being from within and not let circumstances beyond our control dictate our happiness. This certainly applies here, but I would take it further and say set backs are temporary and even necessary. We learn more from failure than success. Hillary brought us to the brink of history and for that we should all be grateful. We’re not as close as we thought but the next courageous and competent woman to run has a better chance of making it thanks to Clinton.   My daughters were invested in Clinton’s candidacy and though today they are struggling with the outcome they remain inspired by her actions.   My hope is that Hillary’s defeat will be the spark to ignite a new wave of feminism and unite women of all ages to engage in the process and fight for equality. The work has only just begun.