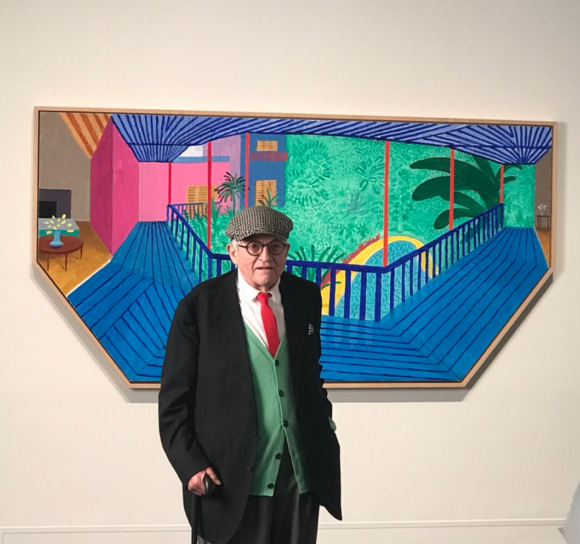 I remember David Hockney in the eighties as a bon vivant, the west coast Warhol with a much sunnier disposition. His most famous paintings depicting the California dream, complete with pools, low-slung modern homes, palm trees and boys, formed my limited view of his work. The exhibit at the Metropolitan Museum of Art corrected that. This is the third leg of a tour that began at the Tate Britain with record-breaking crowds, followed by the Centre Pompidou in Paris. The show is the first major retrospective of the artist’s work in 30 years and covers his nearly 60-year career.

The scope of his work, particularly his exploration of capturing depth and space in two dimensions are cohesively examined in the 8 rooms of the exhibit. 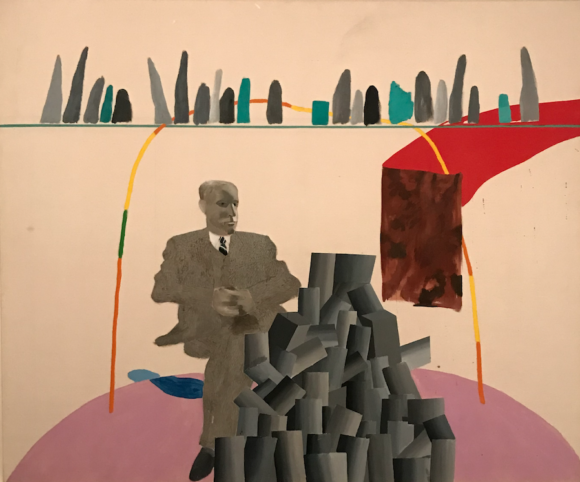 The show begins with his rarely seen early abstract paintings while still a student at the Royal College of Art. By the time he graduated he was already a star, but it wasn’t until he moved to Los Angeles in 1964 that he found his defining style. 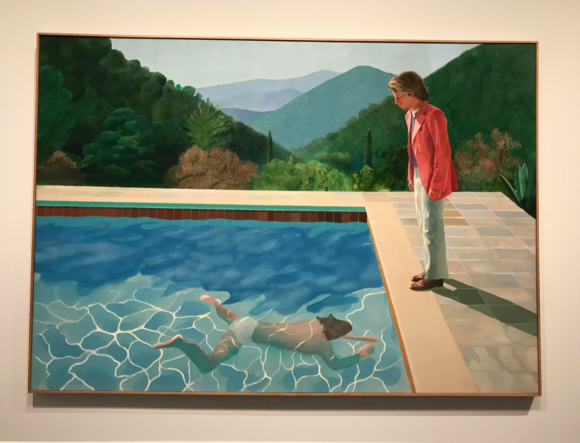 The heart of the show is the large central room displaying his arresting almost life size double portraits.

Next is a room with drawings and his photo collages. The last three rooms contain his later work. Paintings in full rich colors vibrate with texture and take even greater liberty with perspective. 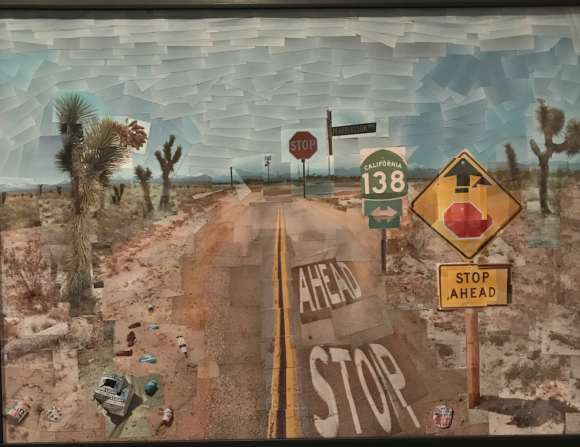 Another room is dedicated to landscapes of the Yorkshire coast near where he grew up. 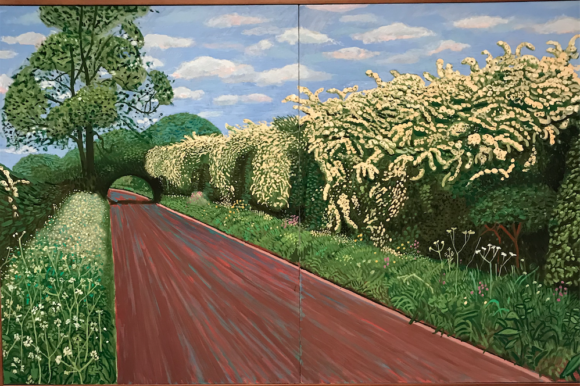 The last room, of recent works goes back to California, the colors dominated by deep royal blue and red; depict, like many of his paintings throughout his career, his immediate surroundings. Just before exiting is a wall with three rectangular screens displaying revolving images of digital drawings from his iPad. The drawings digitally evolve to full compositions, showing the process and the artist’s embrace of the new. 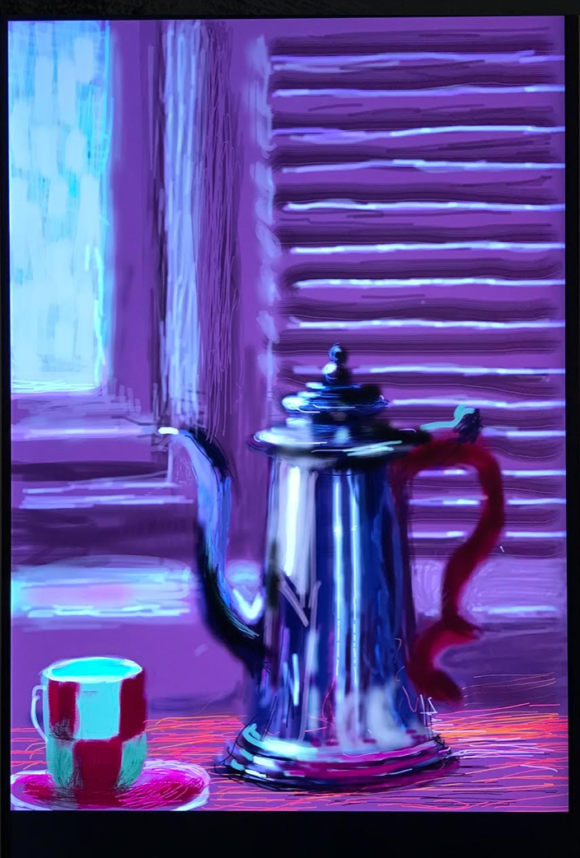 The David Hockney Retrospective is at the Met until February 25th