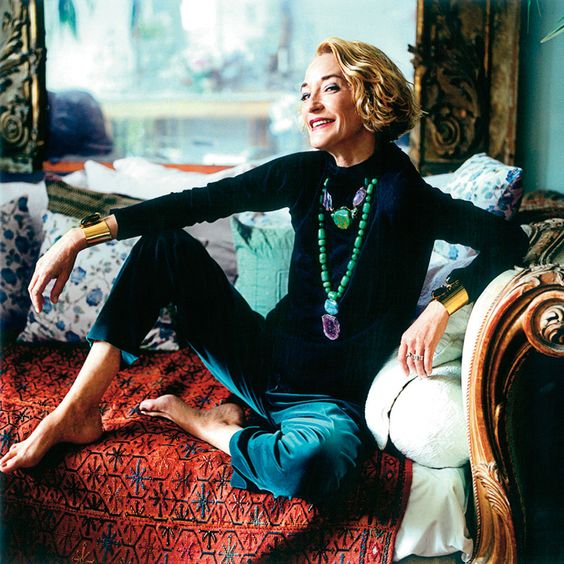 Lately I’ve found myself more and more drawn to the singular style of Loulou de la Falaise. Born in 1948, She hailed from an aristocratic family, her father a French count and mother an Anglo Irish beauty, but was best known as Yves Saint Laurent’s muse and creative collaborator. Lithe and exuberant, Loulou helped to define the 70s with her bold jewelry worn in abundance and ethnic references. It’s no accident that my Pinterest board for her has grown exponentially lately.

My obsession of late for Loulou de la Falaise (has a name ever fit a person better?) has everything to do with my desire to spice up my style this year. I’ve become too comfortable with my safe, minimalist style code. Yes, I love the clean lines of the Row and Celine but I’m hungering for a touch of exoticism in my everyday life. I’ve always thought that as one ages a worldly look with references to faraway lands adds a bit of mystery. Take Diana Vreeland in her later years for instance, her bijoux added an exotic element to her classic trousers and cashmere sweaters, a little rouge up to the ears and voila, she emerged the divine Ms. V. Maybe all the threatening talk on immigration bandied about lately makes me want to embrace far off cultures all the more. Anyway my dilemma is how to fuse my minimalist style roots with more exoticism and not end up looking like a fortuneteller. (No offense to fortunetellers). The two opposing elements have to meld rather than share space. 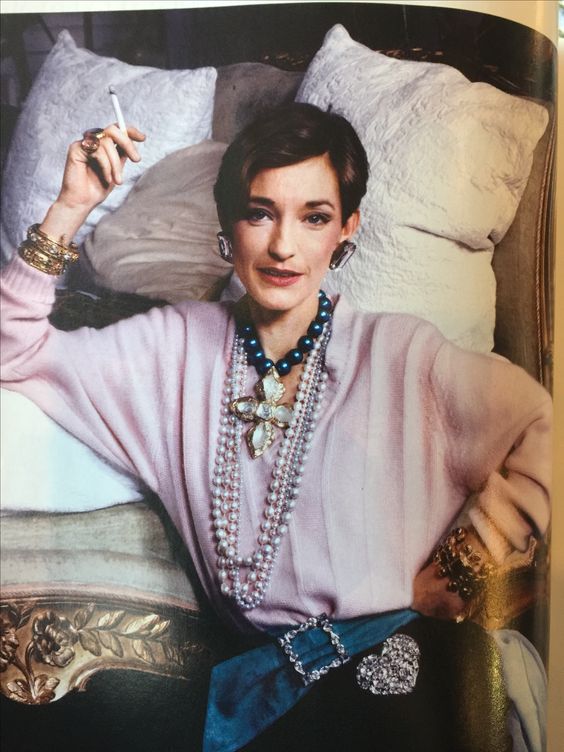 Personal style has everything to do with what you’re feeling and where you are in life. When my younger daughter graduates high school this year, I’ll be faced with an empty home. Even my beloved dog Coco; advanced in years and ailing in health, will soon be gone. I don’t relish the idea of living alone but I am looking forward to the unencumbered ability to travel. I’m in the middle of middle age and pining for a gap year in which to hit reset and figure out what to do with my remaining years as the realization that time is running out sets in. But what does this have to do with style goals? Everything. As I examine this time and the seismic shift that’s happening, it’s only natural that what I’m drawn to wear is evolving. Right now that means getting out of my comfort zone and embracing the world by integrating it into my style with a little inspiration from Loulou. 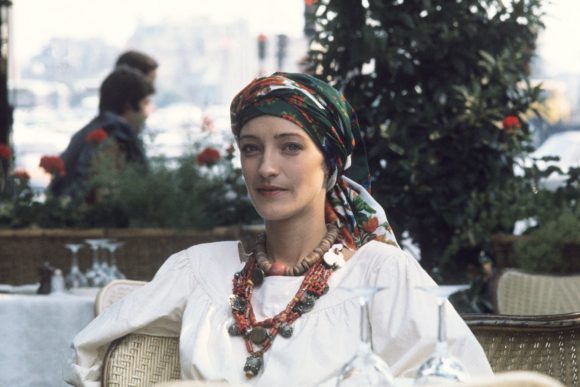 Part II will focus on where to find the essential element of Loulou de la Falaise style, the jewelry. I’ve already spent hours searching online to no avail. The closest I came were extraordinary pieces on First Dibs with equally extraordinary prices. Moda Operandi carries Loulou de la Falaise jewelry; the company managed by her friend Ariel de Ravenel, though beautiful it’s not what I have in mind. If any of you have suggestions please leave a comment or contact me. Until then here are suggestions, sans jewelry, in the right spirit. To be continued…