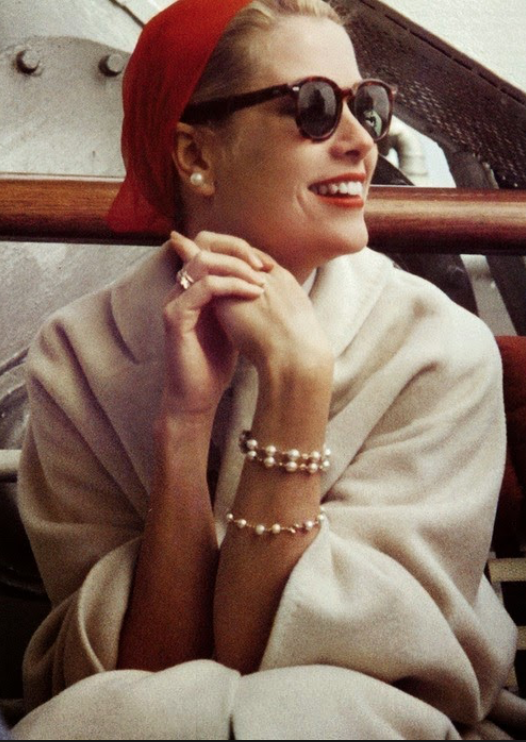 For the last in the Holy Trinity of Style series we’ll examine the enduring style legacy of Grace Kelly.  Like Audrey Hepburn she gained fame as a glamorous, Oscar winning actress.  And just as Jackie Kennedy, Grace’s beauty and style entranced the world as a young mother and wife to a powerful man with a distinct place in history. Grace is the most mysterious of the three. The beautiful ice queen whose screen persona often mirrored her privileged upbringing but hinted at a more passionate, maverick beneath the well-bred manners and perfect diction.

Born Grace Patricia Kelly, in Philadelphia on November 12, 1929, she was the third of four children.  Her father, Jack Kelly, made a fortune as owner of a construction company for brickwork, one of the largest on the east coast. He was a three time Olympic gold medalist for sculling and a powerhouse of a man. Her mother, Margaret was a former cover model and competitive swimmer.  She was the first woman to coach at the University of Pennsylvania. Grace was non-athletic and serene in a family of boisterous athletes.  Much to her father’s dismay, from an early age she lived in her imagination and gravitated towards the theater.  Fortunately Jack’s brother George was a Pulitzer Prize winning playwright and he became Grace’s acting mentor.

After high school, despite her parent’s disapproval, Grace moved to New York to study acting at The American Academy of Dramatic Arts. As a student she supported herself by modeling, landing the covers of Cosmopolitan and Redbook.  After graduation her first acting jobs were on Broadway but her voice didn’t have the power for a career in the theater. At the time, the film and television industries were booming. With the exposure Grace gained on Broadway New York television producers called. She began acting on live playhouse televised theater, a new and popular form of entertainment in the fifties. It was obvious that Grace was made for film, graceful from her early ballet training and extremely photogenic, Hollywood was the next logical step.

In her first film, Fourteen, Grace had minimal screen time. It was a two-year-old screen test, made in 1950, which launched her career. Director John Ford saw it and cast her in Mogambo with Clark Gable. A year after that Alfred Hitchcock saw it and cast her in Dial M For Murder.  Thus began Grace Kelly’s swift ascent. By 1955 she was the highest earning female star in Hollywood, won an Oscar for The Country Girl, and tied with Babe Paley on The Best Dressed List. Grace made two more movies with Alfred Hitchcock, Rear Window and To Catch A Thief, filmed on the French Riviera. Her last film was fittingly, High Society with Frank Sinatra and Bing Crosby.

A Fateful Meeting With Prince Rainier

Grace met Prince Rainier of Monaco while at the Cannes Film Festival, to present The Country Girl. On a whim, Olivia de Havilland invited Grace to join her and her husband for a tour of the Palace. It’s an interesting story you can read here.  A secret courtship by correspondence ensued while she was filming The Swan.  That Christmas Rainier Came to America to ask for Grace’s hand in marriage.  After the announcement Grace finished filming the Musical, High Society, it would be her last film.

The Wedding of the Century

Grace sailed to Monaco with an entourage of 66 people.  The wedding took place on April 18th 1956 with 2000 reporters on hand. Her studio, MGM, filmed the wedding and broadcast it live to 30 million in Europe. It’s been said that her hope was to occasionally star in a movie, but Rainier was adamantly against it.  Their first two children, Princess Caroline and Prince Albert were born in quick succession.  Princess Stephanie was born in 1965.

The Life of a Princess

Monaco, the tiny principality on the edge of the French Riviera close to the Italian border, was already one of the most glamorous places on earth.  Add to that a gorgeous movie star at the height of her career and you have a dream beyond any movie.  Grace’s elegance and beauty only added to the mystique of Monaco. Like Audrey Hepburn and Jackie Onassis, I prefer her style in the late sixties and seventies, when styles became sharper with a hint of exoticism.  Grace in her early years was more conservative and proper in her dress.  Later with the help of Givenchy (a favorite of all three) among others, her style more reflected the height of the jet-set age. Her one beauty challenge was her extremely fine hair. If she was unable to have it properly set it appeared thin so she relied heavily on turbans, which only enhanced her beauty and style in my mind.

On the morning of September 13th 1982, Princess Grace suffered a stroke while driving on the steep and curving road down to Monaco from their country house, Roc Agel. Princess Stephanie, who was with her, survived the crash, Grace passed away the next day. She was 52.  The shock and sadness of her untimely death reverberated around the world.  Though that was 35 years ago her name and the style it represents are still influential today. 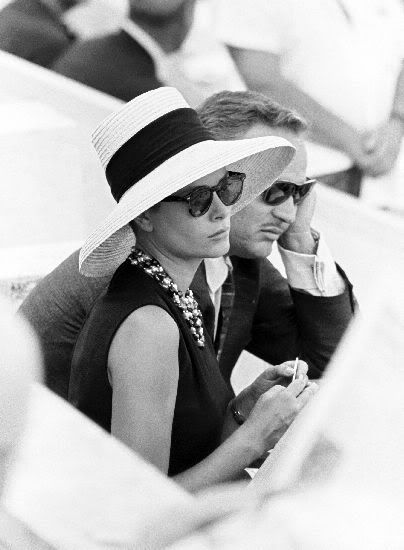 For more photos of Grace, Jackie and Audrey follow Prima Darling on Pinterest to see boards dedicated to each.