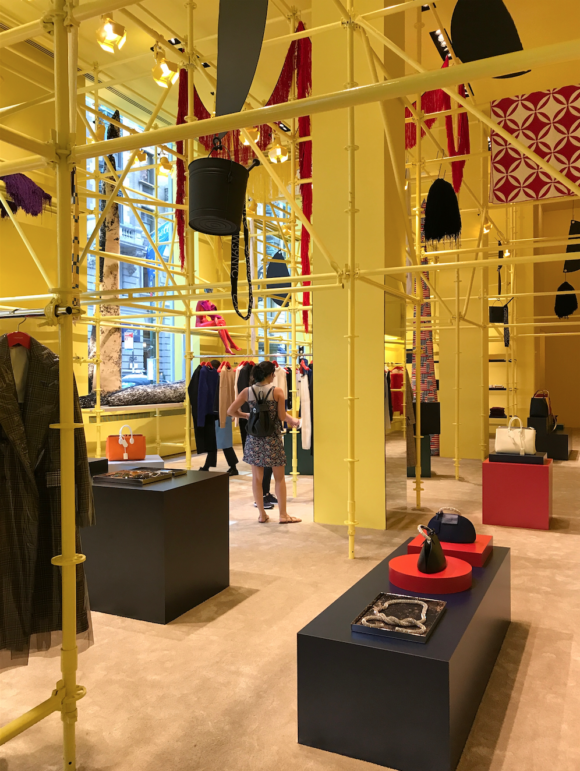 I paid a visit to the recently remodeled Calvin Klein store on Madison Avenue. The formerly beige tomb to all things minimalist was repainted in a bright yellow and reimagined by the artist Sterling Ruby. Yellow scaffolding pipes bisect the store and accommodate everything from Americana quilts to massive yarn sculptures and painted mannequins. 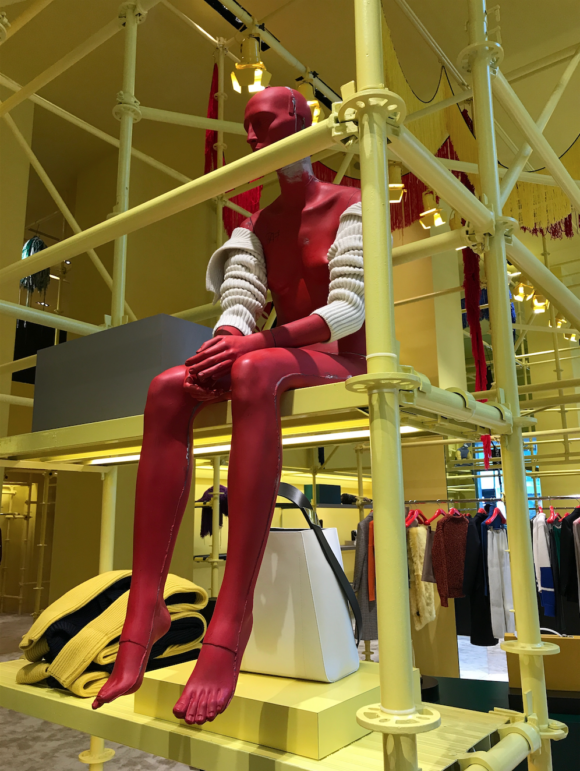 The Calvin Klein store is interesting and original but the clothes rely too heavily on the concept.  There were some solid pieces, particularly the chunky sweaters and tailored jackets, though overall familiar sportswear. The store staff was friendly and very enthusiastic about the changes initiated by Raf Simons, whom they spoke of with uncommon reverence.

The fashion world moves fast and I understand the need to make an immediate bold statement. Calvin Klein, as a company, has relied on its cash cow underwear and jeans subsidiaries for too long. However, I find it pretentious to hitch the over commercialized Calvin Klein brand to a well-known contemporary artist to give it instant clout. The clothes, though perfectly nice, are not there yet. The confuse and conquer tactic of hanging them in an art instillation is a brilliant, if mendacious, plan. 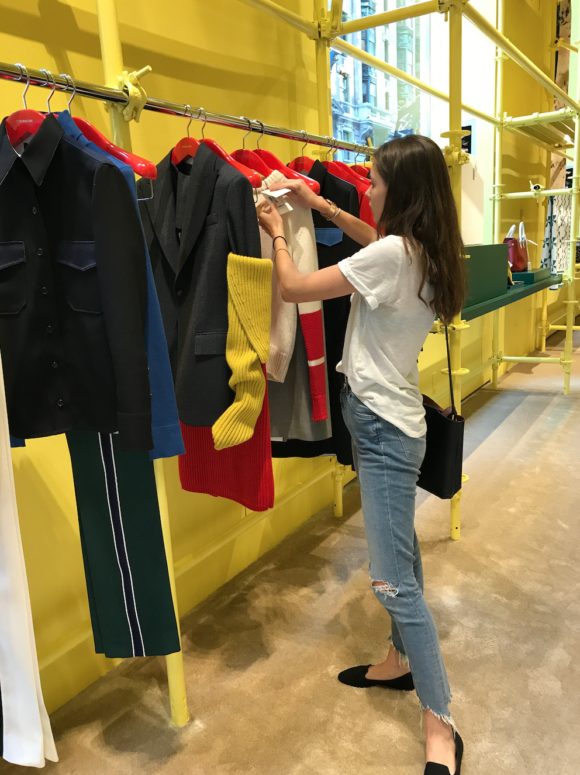 Am I the only one who feels manipulated by this marriage of art and commerce? This is not a defense of the tastefully subdued beige box. My favorite store in New York is Dover Street Market. There the varied and carefully curated merchandise sit comfortably within artistically conceived displays, without pretension or hidden agenda.

I’m looking forward to the spring show next month. By this time Simons should have had time to settle in and get down to the business of designing. Calvin Klein is a blank slate. The minimalist, menswear tailored DNA of the company fits well with Simon’s own narrative at Dior and Jil Sander. He’s a talented designer who could very well elevate the brand to its former glory by the product he designs. I think he should concern himself less with iconic American symbols and follow his own instincts. The fashion industry often drinks the Kool-Aid of self-importance, critics and designers alike. But at the end of the day we’re selling clothes and there’s nothing wrong with that. 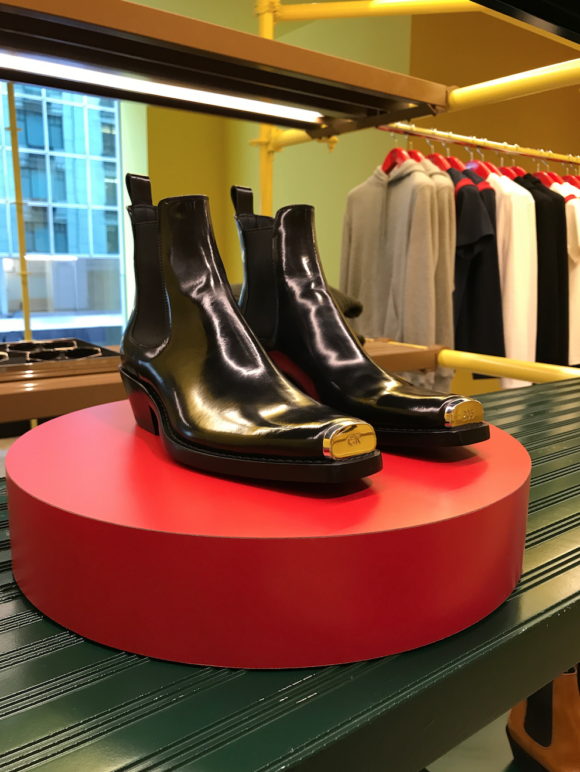 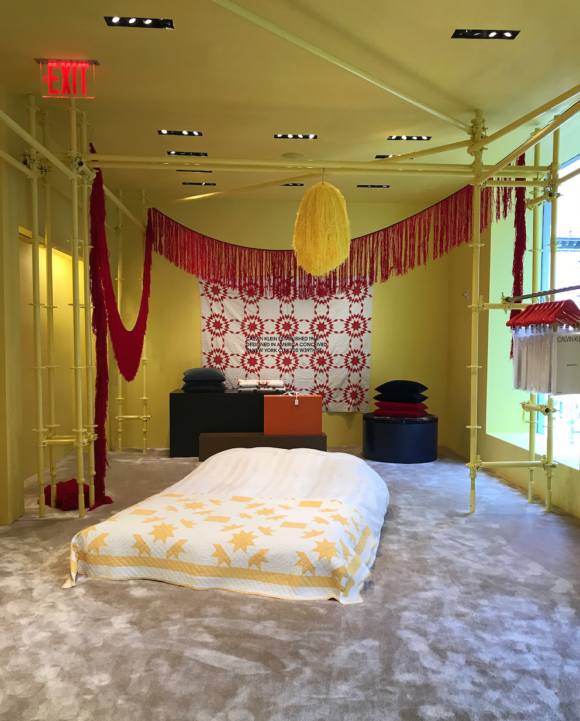