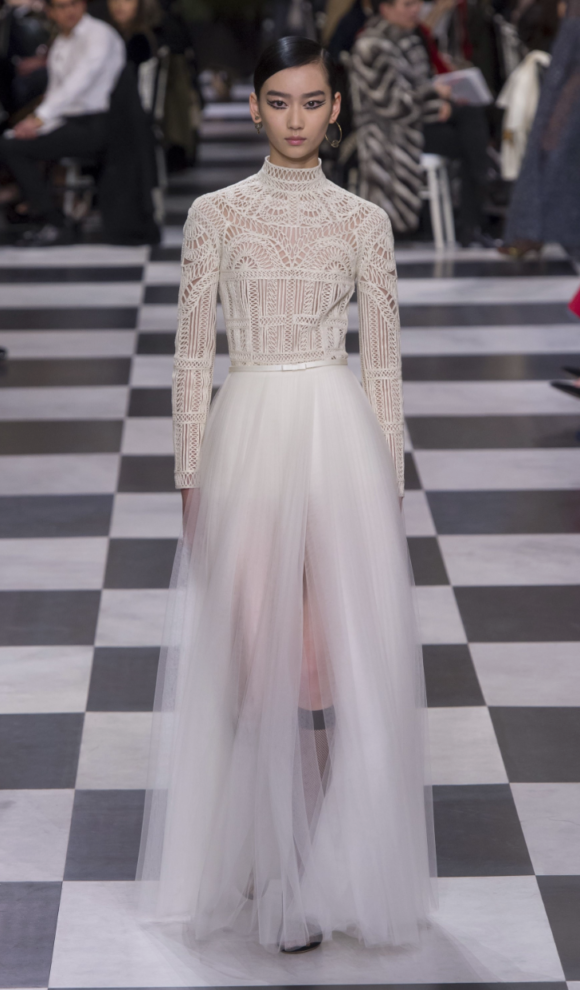 I never bought couture, nor do I expect to in the foreseeable future.  However I do find it thoroughly worthwhile to check in and see what the handful of mega designers who show couture collections twice a year in Paris have dreamed up. Once I attended a couture show in Paris; it was Oscar de la Renta’s first show for Balmain Couture. This was before I worked for him. At the time I was working for Carolyne Roehm, his former assistant and close friend. On the way in Carolyne saw Jacqueline De Ribes, stopped to chat with her and introduced me. I was a lowly assistant and the countess was as cold as ice but I didn’t care just to gaze upon that famous profile and to breathe in the same chic airspace was quite enough. The woman is phenomenal and I still idolize her, but I digress.

The word couture is frequently thrown around, but it isn’t couture unless it’s made to measure for the client. Couture is alive and well in New York believe it or not, especially around award season. Designers gamely submit sketches, usually of original designs apart from their regular collections, to celebrity stylists. Some back and forth ensues with the stylist requesting modifications on behalf of the celebrity client. The fabric, embroideries and color are finalized and then the house has the pleasure of making the gown to the stars measurements.

Usually time is tight due to last minute decisions, so the best drapers and sample hands spend days working exclusively on the gown. If the dress has embroidery the embroiderers in India must also work around the clock. Upon completion the dress is delivered to the star usually by a representative of the house, in case last minute alterations are required. It’s fair to say that qualifies as couture with one big difference, the celebrity doesn’t pay. The dress is compliments of the house, who eats the expense for the publicity. Fair enough, but often the stylist will order two or three dresses for the star to decide upon last minute. That’s the part that kills me, but again I digress.

Now back to the Spring 2018 Couture currently taking place in Paris. Couture is a fantasy. It cannot be mistaken for ready to wear, though that is not always easy given the sophistication of the main collections. Later when I did work for Oscar I sketched for the Balmain couture, he always chided me to make it MORE. A couture ensemble can easily cost six figures, the finest fabrics, often custom made, embroideries, and handwork make each piece a work of art. While buying couture is out of most people’s reach it’s worthwhile to observe and appreciate it as an art that may soon be lost.