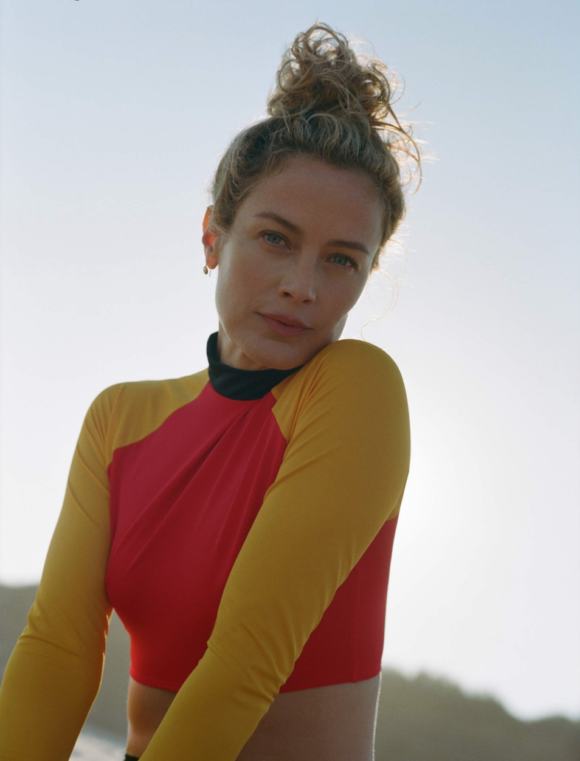 Carolyn Murphy began modeling 25 years ago, long before Instagram fame was a thing.  Her classic beauty, delicate bone structure and wavy blond hair come together to make her one of the most recognized and successful models of our time. I remember dressing her during a show fitting at Oscar de la Renta and thinking how impossibly gorgeous she was up close, and this was after a day of working with models. She’s always stood out, there’s an x-factor she possesses that goes beyond her look and into her persona.  At 43 her career is going strong and like Lauren Hutton before her she is a great example of turning years into assets and growing even better with age.  For this she is the subject of the latest installment of Prima Darling’s Fifty Over Forty.

Murphy began modeling at 19 and recently recalled in Porter Magazine that she was rejected for five years. Seems hard to believe but she persisted and landed a lucrative, long-standing contract with Estée Lauder in 2001.  Her career has soared ever since but she has always made time for her first passion, the outdoors and in particularly the ocean.  In 1997 she went on a surfing vacation with girlfriends to Costa Rica and loved it so much she stayed for four months.  She married professional surfer, Jake Schroeder in 1999. They had a daughter, Dylan Blue, in 2000 but divorced soon after in 2001. As a single mom Murphy balanced modeling with raising her daughter, always prioritizing Dylan’s needs. 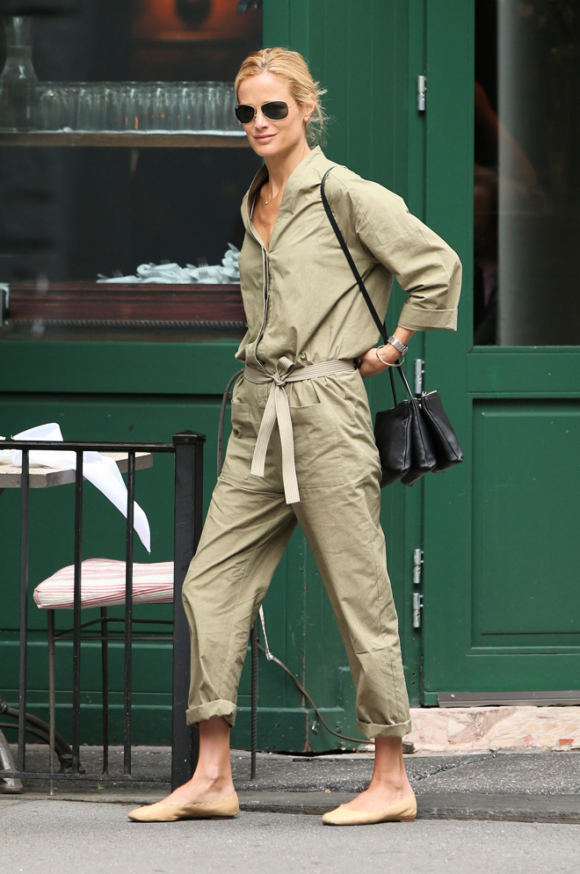 Carolyn Murphy was born in a small town called Seaside on the Gulf Coast of Florida. As a kid she swam competitively and dreamed of becoming a marine biologist. From an early age she developed a spiritual connection to the ocean. She continues to enjoy surfing when home in the Hamptons or on regular trips to Costa Rica.  For years Murphy has quietly advocated for the oceans working with organizations such as Waves for Water. As the quintessential beach girl Murphy knows she can use her platform to raise awareness to the perils of ocean pollution and has hinted she’ll be more vocal going forward.  In her the oceans couldn’t have a better advocate.