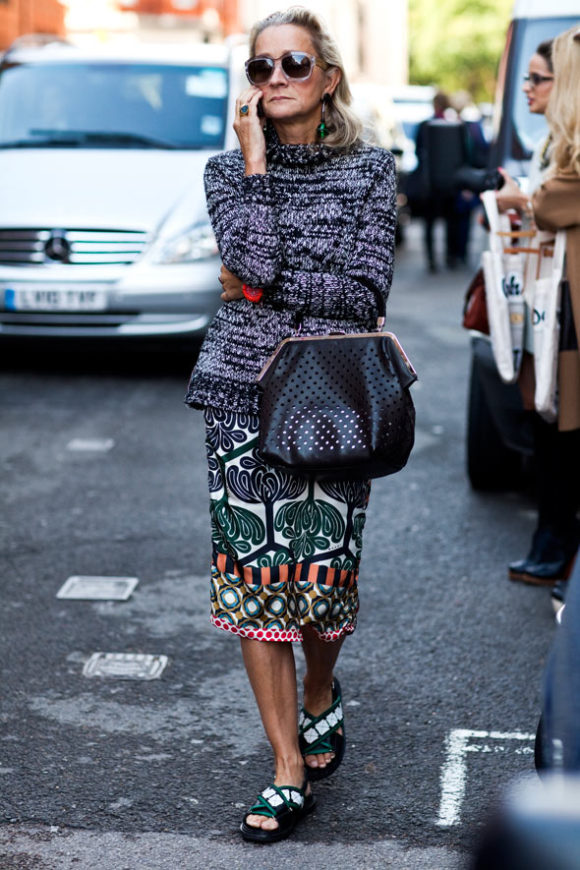 Lucinda Chambers exemplifies great style over forty. She has always dressed  with a modern edge that looks personal rather than trendy, and proves that dressing age appropriate need not be boring.  For these reasons she is our first woman to be recognized in Prima Darling’s Fifty Over Forty Women of style.

The Prima Darling Fifty Over Forty series is an idea I’ve been contemplating for some time. The purpose is to periodically recognize women who are killing it in the style over forty department. They will come from a variety of professions, not just fashion and entertainment, and are chosen as prime examples of aging, not only with grace but with a heavy dose of verve as well.

For those of you who haven’t heard, fashion news was dominated last week by the article in Vestoj in which Lucinda Chambers writes frankly about her abrupt firing from Vogue UK. I weighed in and reposted relevant PD stories that address some of the issues raised in her article. These past few days I’ve spent hours reading up on Chambers’ career and pouring over hundreds of images of her as well as photos of editorials she styled. I’ve always admired her style but now after delving more deeply into her aesthetic I’m a raging fan, and for that reason I’m kicking off our Fifty Over Forties Series celebrating Lucinda’s incredible style.

Lucinda has that rare quality of always looking cool and at ease without even trying. She has a very strong sense of what pleases her, reflected not only in her personal style but in her fashion editorials as well. As a woman in her late fifties Lucinda’s style transcends age, meaning although she dresses with unconventional flair. She never looks like she’s chasing trends or trying to appear younger. It’s obvious that her strong sense of style comes from within, which is true of all great stylists. 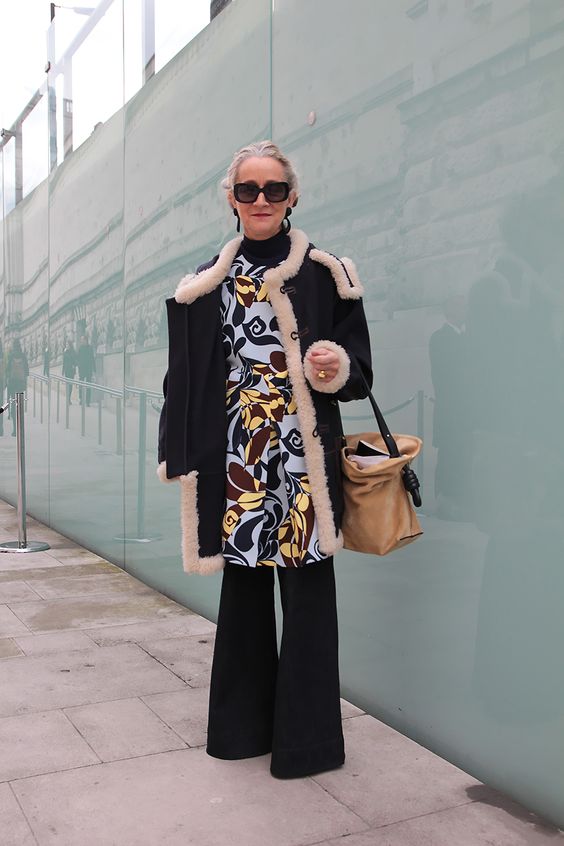 It’s no wonder that she worked closely as a consultant with Consuelo Castiglio, the founder of Marni, until Castiglio’s departure from the company she founded. The two seem to be fashion soul mates. Wouldn’t it be wonderful if they did a project together? Just saying. 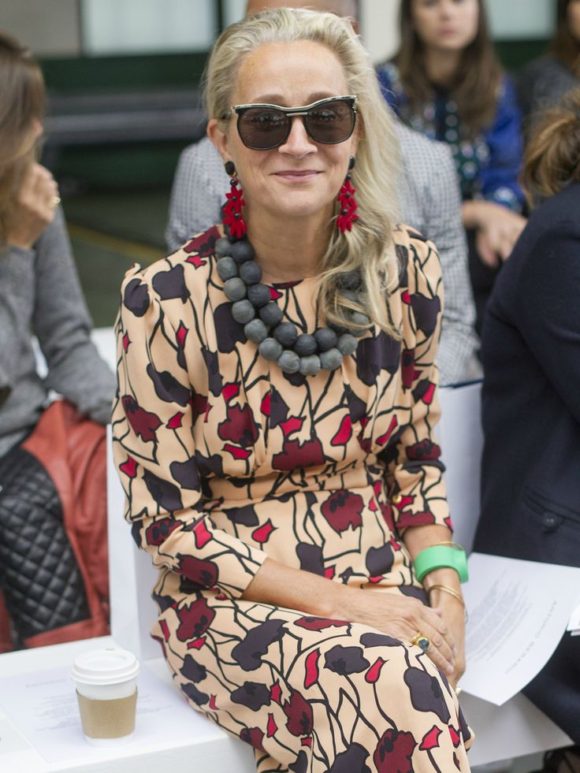