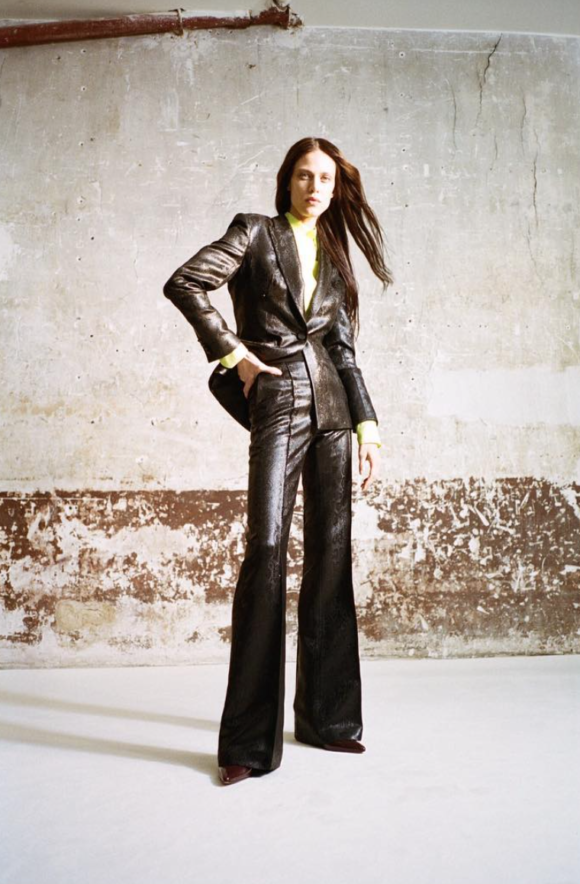 I love when I find a brand that has a history and expertise in an area that is unique to them. For Restless Sleepers, my favorite find of 2016, is one such company. Pallas, an atelier in Paris known as the Savile Row for women, is another. I only just became aware of Pallas last week when I featured two of their jackets in the tuxedo post. I immediately took note; I’ve been on the hunt for a traditional menswear tailor for women for a long time.

Daniel Pallas has tailoring in his blood. His father made men’s tailored jackets and his mother was a couturier in Morocco. In 1970 his parents established Pallas, an atelier in Paris. Daniel grew up in the shop and went on to study fashion at ESMOD in Bordeaux. There he met his wife Véronique, also a tailor and patternmaker. Eventually Daniel and Véronique took over the family business, crafting tuxedos for Lady Gaga and other high profile clients. Next they expanded into a sample making service for luxury brands attracting Celine and Balenciaga as clients. In 2012 Daniel had an epiphany, in need of more work to keep his artisans busy he realized they had the skills and the expertise to produce their own collection. In 2013 the couple launched Pallas, a women’s collection based on the tuxedo.

Pallas is an insider’s indie brand poised to gain in popularity based on the merit of the product alone. Without fashion shows or the usual marketing associated with luxury brands Pallas is gaining a presence on the major online shopping sites and stores such as Barneys, The Line and Harrods. I like that their focus is on what they do best, which is tailoring. Though pricey, a Pallas jacket or suit will be a prized piece for years to come. Before they get too popular there are still a few deals to be had. If not now keep them on your radar and to help, check on Lyst and cool.com to see what’s available.