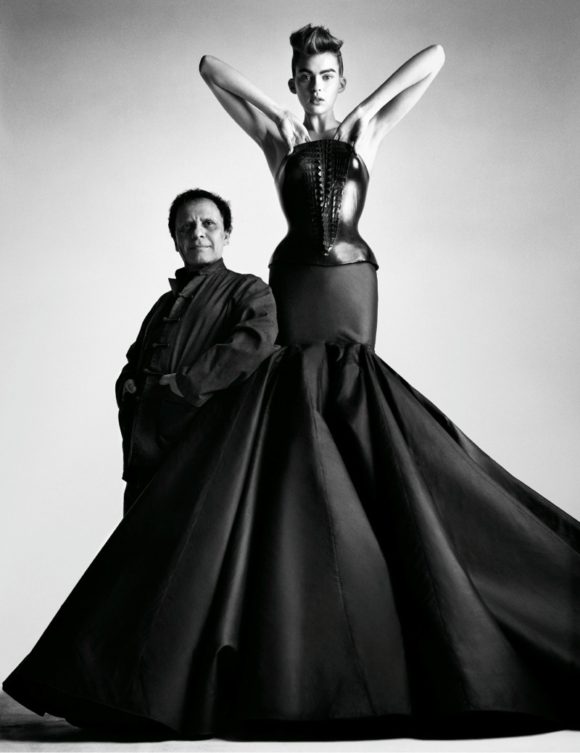 On Saturday the world learned of the untimely passing of Azzedine Alaia. I contend that Mr. Alaia was the greatest working designer of our time. His unique aesthetic and technical expertise brought to fruition clothes that could have come from none other than the master himself. The beauty and creativity of his creations will be appreciated and studied for years to come. His notoriety as a gifted designer was matched by his reputation as a kind and generous person to those close to him. He will be missed by many and remembered always. The following is a tribute to Alaia I originally posted in March.

This past weekend I watched the recently released documentary by fashion stylist Joe McKenna on the inimitable designer Azzedine Alaia.
Mr. McKenna’s self-financed, labor of love is available to watch at Joe’s Films. I urge you to take the 26 minutes to watch it for a glimpse into the rarified world of this extraordinary talent. 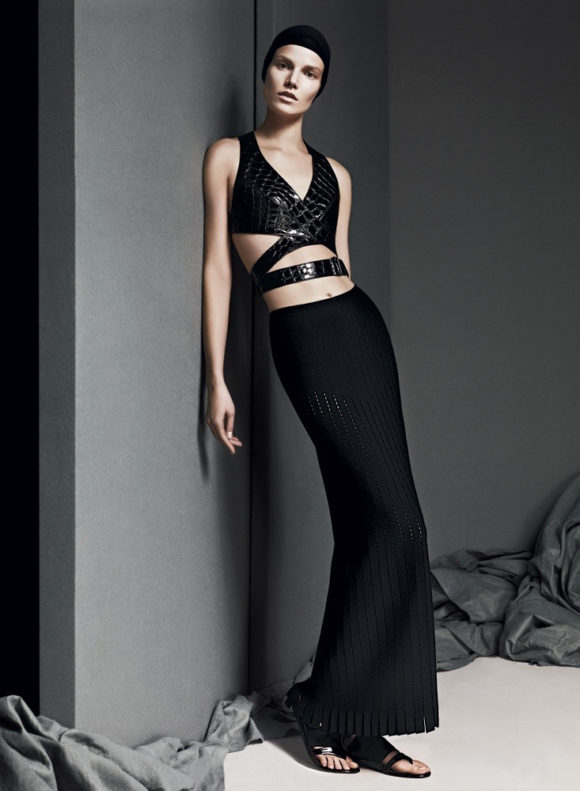 Azzedine Alaia is a designer in the purist sense of the word. He constructs, with his own hands, each one of his original samples, first draping on the model and then working out the elaborate seaming and self-invented techniques on paper. His technical expertise is far beyond what any working designers today possess. Only four designers come to mind that had his level of knowledge of construction: Balenciaga, Madame Grés, Vionnet and Charles James. Like them, Mr. Alaia has a vision that is not influenced by anything other than his own fertile imagination and creativity. Designers today are like orchestra conductors, directing teams of tailors, drapers, designers and assistants. Technical expertise is segmented and delegated. I’m not belittling this process, like a conductor it takes skill and a mastery of the materials. I’m pointing it out to emphasize how unusual and gifted Alaia is.

Alaia’s way of working is contrary to the current system that demands designers and their teams churn out four or more collections a year, he calls this inhumane and I tend to agree. It takes its toll on the creative process. Designers burn out adhering to the schedule and seldom have enough time to fully explore ideas. As a result designers have become a corporate commodity, unceremoniously disposed of at the end of their contract for younger, fresher blood that will recapture the short attention span of the fashion press. Alaia presents a show, if he shows at all, when he feels ready. He does not follow a seasonal schedule and never has. He simply works and lets the creative process dictate the schedule. As a result the product of his labor is unique and transcends seasons and trends. A dress or coat bought ten, twenty even thirty years ago is just as relevant today as when it was first purchased. His ideas evolve over time but his look remains constant. You know when you see a woman wearing Alaia.

The persona of Azzedine Alaia is as notorious as his clothes. The tiny Tunisian man is known in equal measures for his big heart (Naomi Cambell calls him Papa) and his iron fist. He runs his company exactly as he sees fit regardless of partnerships with the Prada group, which still own the rights to his accessories, and his current arrangement with Compagnie Financière Richemont. The people close to him are very close, often gathering at his house and work place in the Marais for communal meals with his assistants, three dogs and eight cats. The documentary successfully captures the warm and insular world Alaia has built, where his domestic and professional life are one in the same. The final scene, which shows him dancing with his enormous Saint Bernard to David Bowies Let’s Dance, says it all. 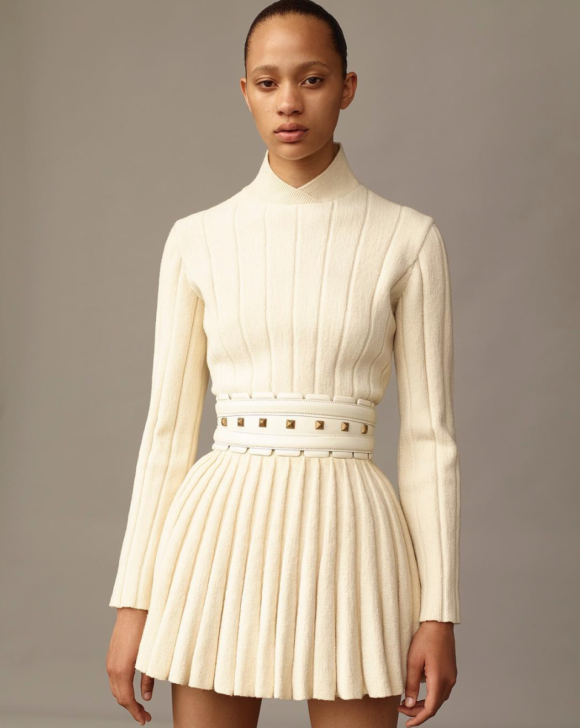 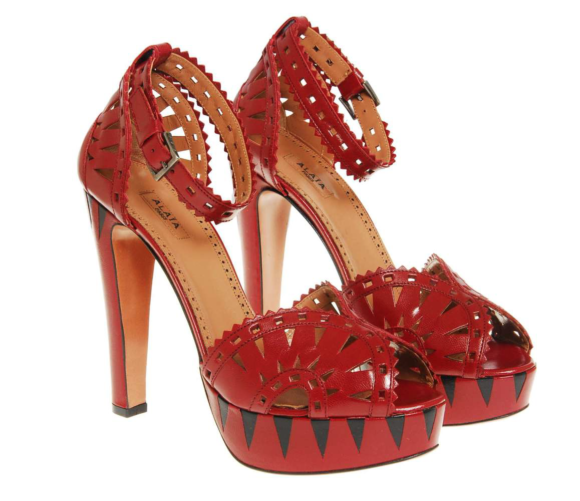 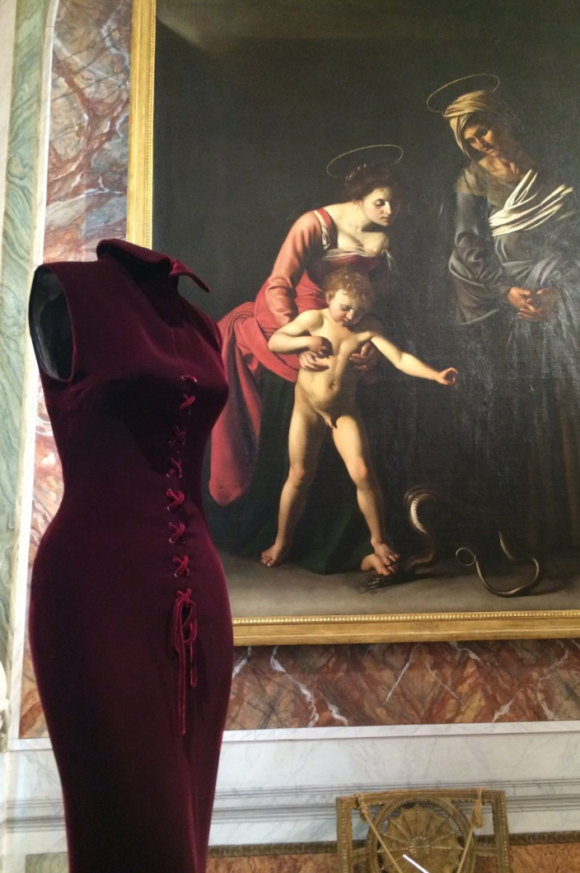 I had my own fleeting brush with him years ago. It was the eighties and his notoriety was just beginning to take off. I was on a cheaply funded trip to Paris with friends, brand new to the fashion world. I insisted we seek out his shop while there. After a long journey on the metro and then wandering around the Marais lost we finally came upon the address only to find the solid wood door locked and no response to our knocking. This is long before Google maps and cell phones so it was quite an effort. Just as we were about to leave Alaia, wearing his uniform of black Chinese tunic and pants, approached the door. He was holding his little yorkie in one arm and extending the key to the door with his other hand. He seemed rather annoyed that we were there. The only one among us who spoke enough French asked him if we could come into the shop. He reluctantly agreed and then disappeared into another room. The four of us were left alone in the shop, which was stark in decor and nearly empty save for the handful of treasures hanging from the wooden racks.  I was determined not to leave there empty handed. Not nearly as expensive as his clothes are today I was able to afford a pair of skin tight knit leggings, beautifully seamed to make the legs look longer and slimmer. At the bottom were two tiers of knitted lace flounces, very Delight, which was all the rage then. The top was of the same material with his famous U neckline and tight sleeves again with the flounces at the cuff. I was in heaven and felt fabulous every time I wore it. 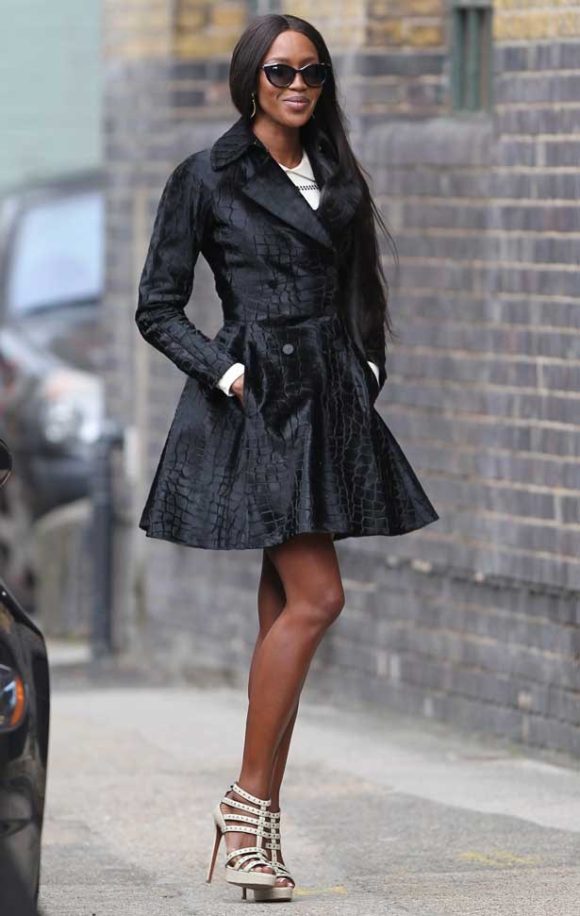