I’ve always believed Michelle Obama to be the most stylish first lady since Jackie Kennedy, and who knew that the Italian first lady was so chic! So how fortuitous it was that the two should come together for the last official state dinner the Obamas will host. In honor of the Italians, Michelle was stunning in a gold tone Versace chainmail gown. This I believe will become the defining look of her tenure as first lady.

Agnese Landini has been the fist lady of Italy since February of 2014. She’s a teacher of Italian literature, Latin and history. Tall and athletic she’s an avid runner and enjoys opera and classical music. Landini is also in full possession of Italian glamour. The Italians have a way of wearing clothes with ease, be it a gown or jeans, their personal style is never obscured by too much styling or over grooming. I think it’s in their genes. I love her un-done brown curly hair (another strong argument for cutting my hair). Here some of my favorite shots of Italy’s first lady of style. 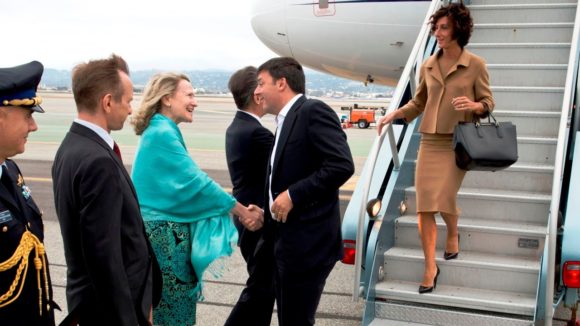 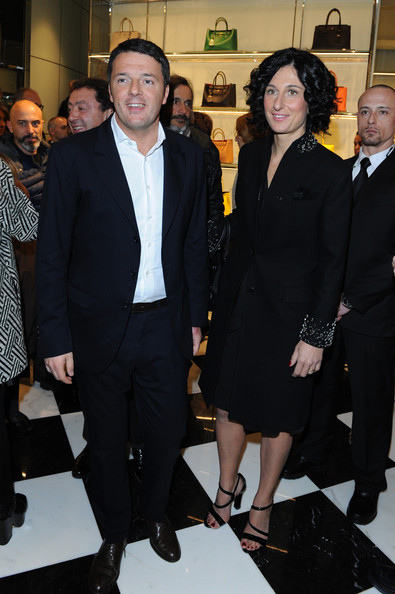 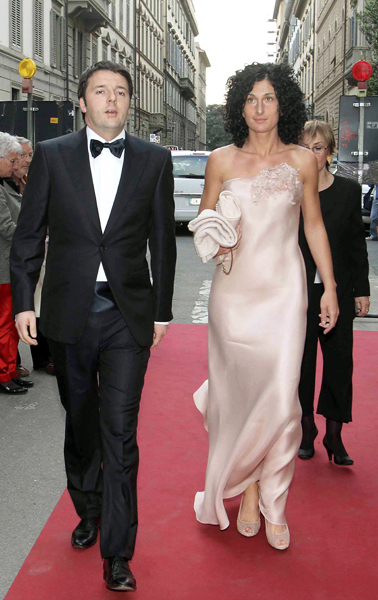 And speaking of first ladies, here’s a fantastic picture of Jackie O. that I’ve never seen before. It was recently published on vogue.com to mark the anniversary of Jackie’s October 20th 1968 marriage to Ari.