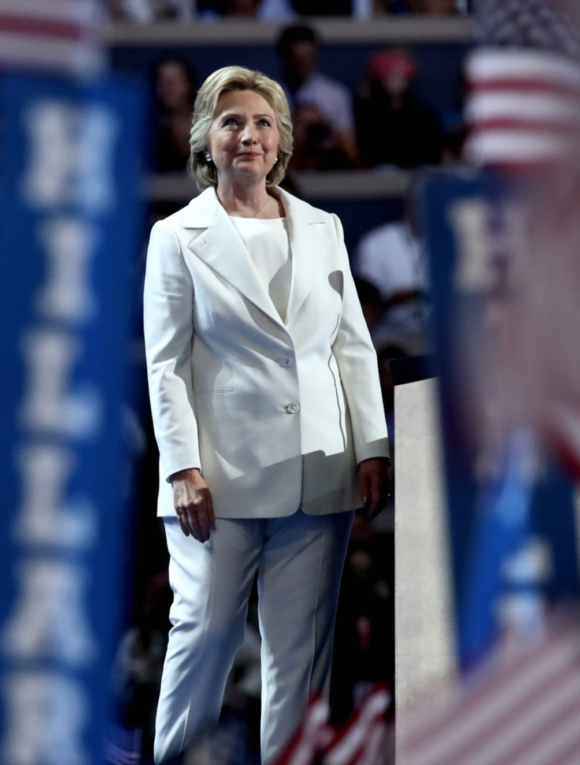 History was made last night when Hillary Clinton accepted the Democratic nomination for the presidency becoming the fist woman in the history of our country to do so. The inspired choice of a simple well-tailored white pants suit underscored the optimistic tenor of the convention. I support Hillary wholeheartedly and not only because she’s a woman, but as a woman and mother of two girls I’m thrilled at the prospect of a woman in the top job.

From a style perspective Hillary nailed it last night. Her no nonsense white suit stayed true to her style and preference for pants suits. She looked presidential and stood out on stage. Sometime during her tenure as senator and then secretary of state she began wearing the pants figuratively and literally and good for her. Women need not hold on to the old fashioned notion that a skirt or dress is more appropriate for important events. Let’s face it, it’s much harder for women to dress for high-powered positions and they are more harshly judged for their choices. For men it’s a no-brainer, dark suit, crisp shirt, shined shoe (always a flat always comfortable) and tie. Women don’t have a high-powered uniform they have to invent it for themselves. The choices are vast, dress, skirt, pants, suit or separates.  For shoes, heel and if so what kind, even a low heel is less comfortable than any men’s shoe. 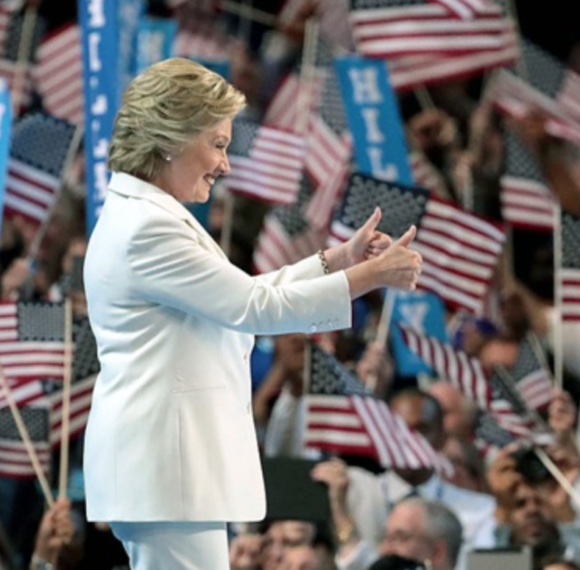 When I worked at Oscar de la Renta in the nineties, then first lady Clinton began to wear his double-faced suits. This was a turning point in Ms. Clinton’s approach to dressing. The suits were uncomplicated and void of feminine frills. I believe it was then that her present day style was born and it’s been evolving ever since culminating in her very presidential appearance last night.