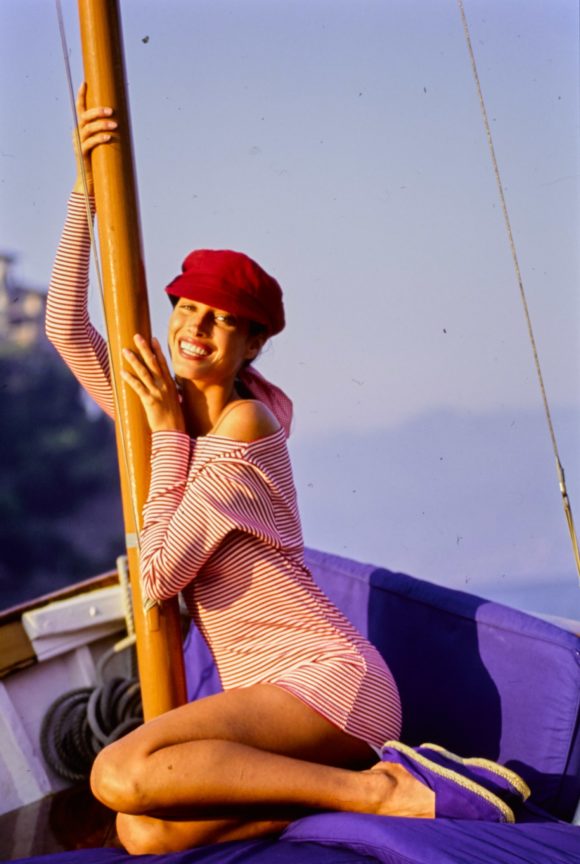 Espadrilles are somewhere between sneakers and sandals. They’re chicer than sneakers but just as comfortable and while light, are more substantial than sandals. The defining element of an espadrille is the braided rope sole, which conforms to the foot when broken in. The infantry of the king of Aragon wore espadrilles as far back as the thirteenth century.  Espadrilles were originally developed in Catalonia as humble footwear for peasants and soldiers. Their popularity steadily spread throughout Spain and into France. In the early twentieth century fashionable bohemia, including Coco Chanel, Salvador Dali and Picasso, wore them while they summered in the south of France.

Mid-Century was the golden age of espadrilles. In 1948 Lauren Bacall wore them in the movie, Key Largo, and Hollywood soon followed. Grace Kelly loved espadrilles and wore them on film and in private, further popularizing the once humble shoe for the chic set.  In the 1970’s, Yves Saint Laurent partnered with Castañer, one of the oldest manufacturers in Spain, to develop a wedge heel espadrille.  It was an instant sensation and boosted the fashionability of espadrilles yet again.

Looking back at old pictures it’s interesting to see how little espadrilles have changed over the years. While we now have hybrids, sneaker espadrilles or high heeled, the classic styles have remained remarkably consistent.  I’m more of a purist leaning towards classic, flat espadrille styles. I also prefer going straight to the manufacturers that specialize in traditionally made espadrilles. Here’s a sampling of my favorites, available online.