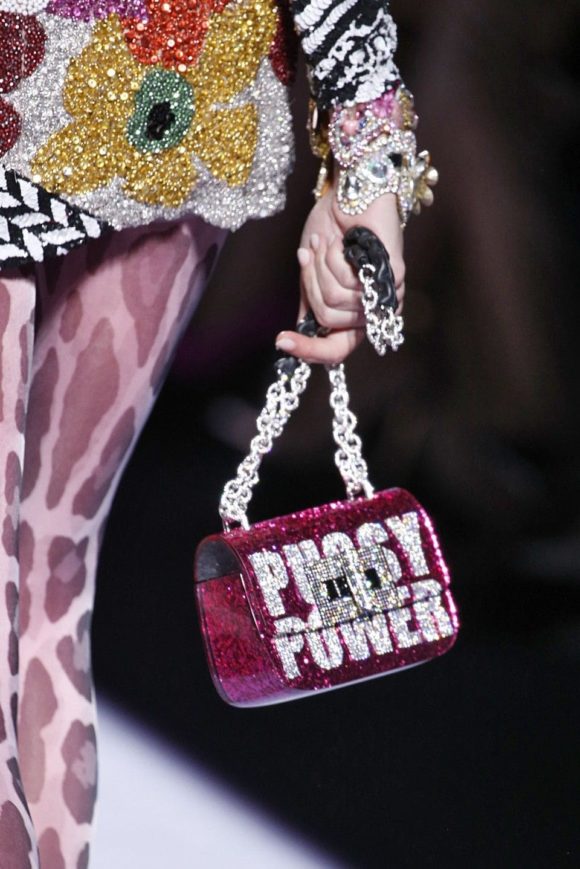 When Tom Ford opened New York Fashion Week last February he sent models down the runway with bags and shoes emblazoned with the words PUSSY POWER, all caps in crystals, lest you didn’t get his point.  But what exactly is his point?  Lauren Alexis Fisher of Harper’s Bazaar proclaimed it “a much-needed dose of female empowerment on the runway”. What? Forgive me but if men paraded around with expensive, and I mean really expensive, accessories with DICK POWER adorning them you would think they were, well dicks.  So what are we to make of this so-called new form of commercialized female empowerment?  Is it ok for a gay man to cash in on PUSSY POWER for profit?  I think not.  I would even go so far as to say that a woman designer should not profit from the loaded phrase PUSSY POWER.  It trivializes the movement.  I bitched about the Dior, We Should All Be Feminist tee shirts and I’ll damn well bitch about these. 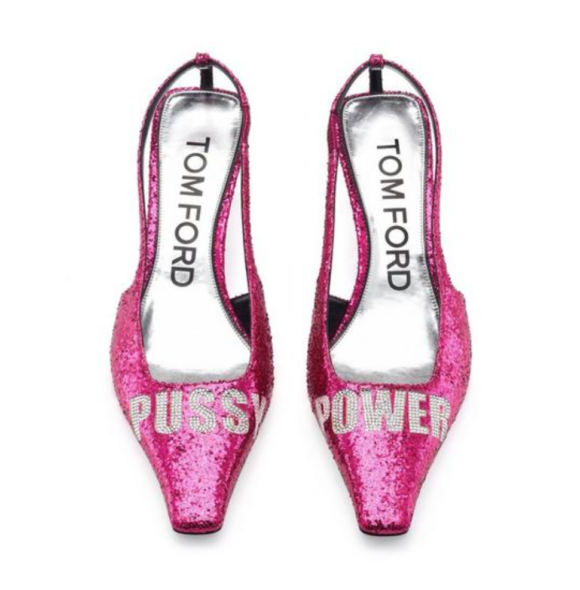 I frankly thought it was a tasteless gimmick in February. A publicity stunt for headlines that would never see the light of the sales floor. Much to my surprise they have in fact come to market. Hence this diatribe months after the runway show.   If you’re interested, the pumps can be had for a cool $2490 and the bag $8950. Well I guess that’s one form of empowerment, if a woman can drop that amount of cash on trash. But is that empowerment or just plain vulgar? I’d go with the latter. 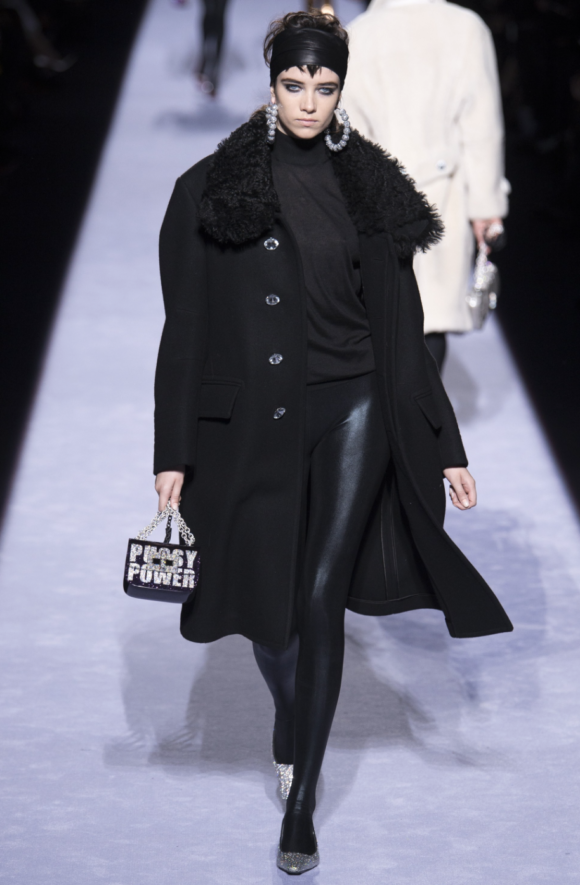 Robin Givhen of The Washington Post was the only fashion journalist I’m aware of that called Ford out on this one. She wrote, “At minimum, the collection feels like a reflection of the times: uncivil, loud, chaotic, overwhelming, exhausting – and wholly, utterly grotesquely vulgar”.  I’d have to agree and add that we do not have to accept it.  The bar sinks lower and lower in this country on many fronts, but the #MeToo movement and the resurgence of feminism, particularly among young women, is the one beacon of light in these dark times. Let’s not allow it to be trivialized in the name of faux female empowerment.