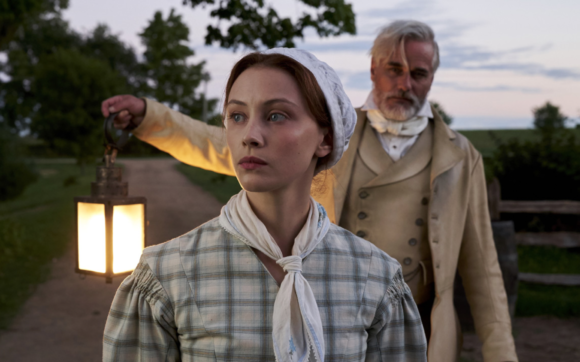 Arctic temperatures in New York and a blizzard followed by more arctic temps this weekend have me sticking close to home. I thought I had seen everything worth watching on Netflix. I devoured the second season of The Crown already, loved Godless, and took in Mudbound, almost as soon as it landed.   Now I had to dig deep. I didn’t hear much about Alias Grace and must have scrolled by it countless times, until I read a post in Cup of Jo raving about it. Based on a Margaret Atwood book it follows the tragic life of a young Irish immigrant girl. That’s all I needed, I was completely enthralled with Atwood’s The Handmaid’s Tale and can’t wait for season 2 on Hulu in April. Six episodes of Alias Grace kept me happy for a while but without a back up. Just in time my brother recommended Ozark on Netflix. Despite the fact that it stars Jason Bateman, who I love for his role as Michael in my all time favorite TV show Arrested Development, it had not stirred my interest. I gave it a try and I’m hooked; it’s now my current TV obsession.

There, I snuck in seven recommendations, but if you still need more here’s my shortlist of movies now on Netflix to supplement your binge worthy TV watching.