Lately I find myself having a major girl crush on Victoria Beckham. No one is more surprised by this than me. I was never a Spice Girls fan and when she launched her collection I was skeptical at best. Over the years though she has slowly won my respect as a hard working and serious designer. In the past year the evolution of her personal style has caught my eye. She’s nailed the art of minimalist, functional dressing while maintaining a high level of chic. This looks easier than it actually is. There’s a fine line between simple/chic and boring and she ends up on the right side of that equation every time. 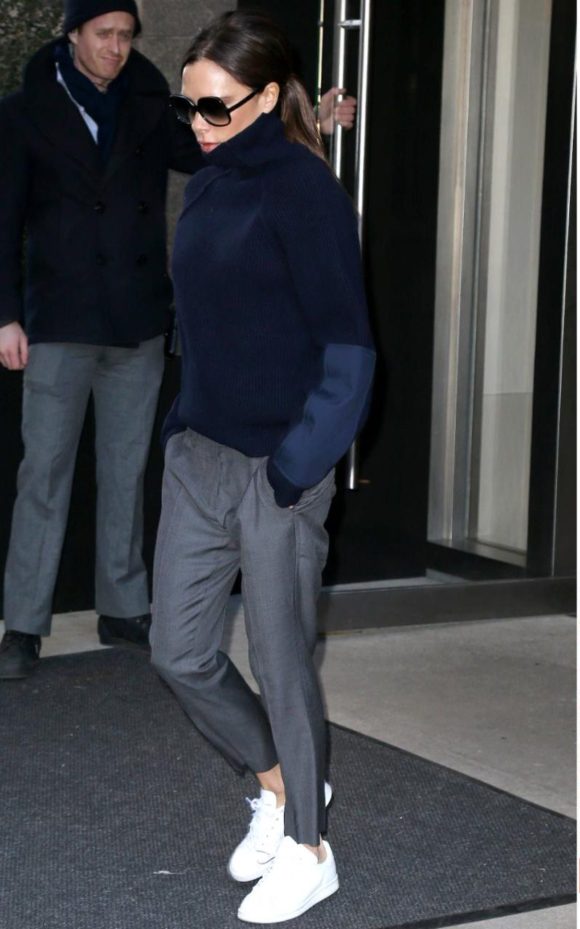 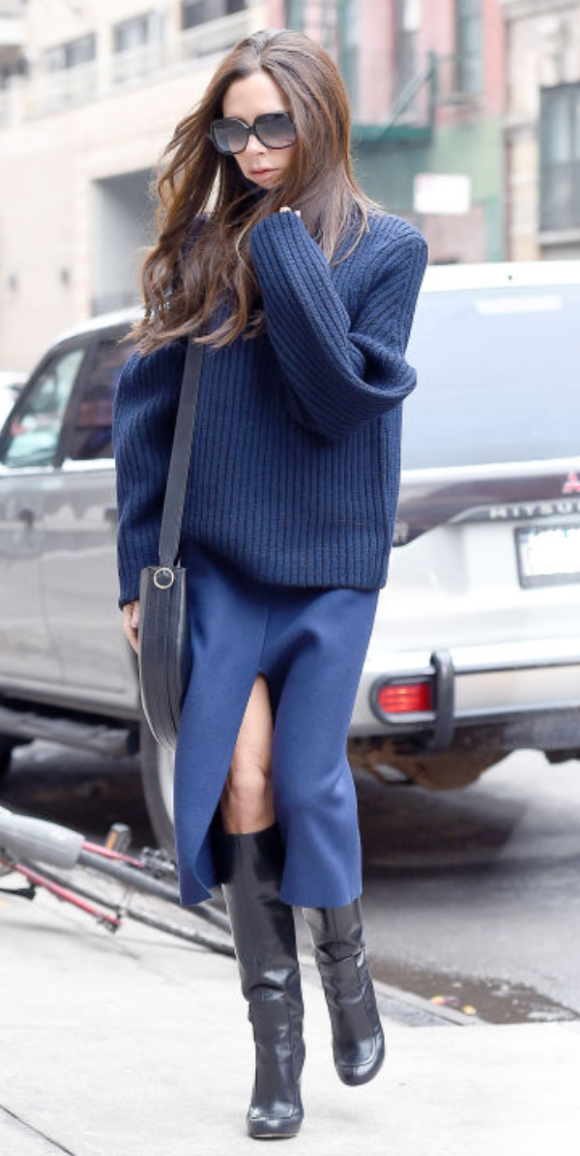 At 42 Beckham has evolved into a serious businesswoman and working mom. Her recent no-nonsense approach to dressing can serve as a template for workingwoman today. It’s refreshing in our celebrity-obsessed culture, that veers to the absurd, to see a woman who has evolved her personal style to reflect her lifestyle, the importance of her position and her age with such aplomb.   It’s also interesting to watch how she styles her own runway looks for herself, as in the shot of the pleated skirt from her Spring 17 collection. You go girl! 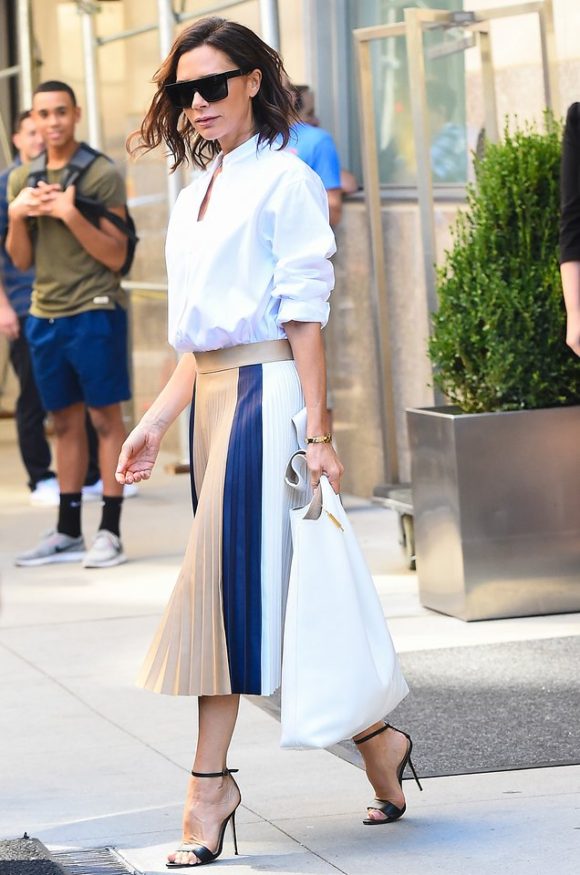