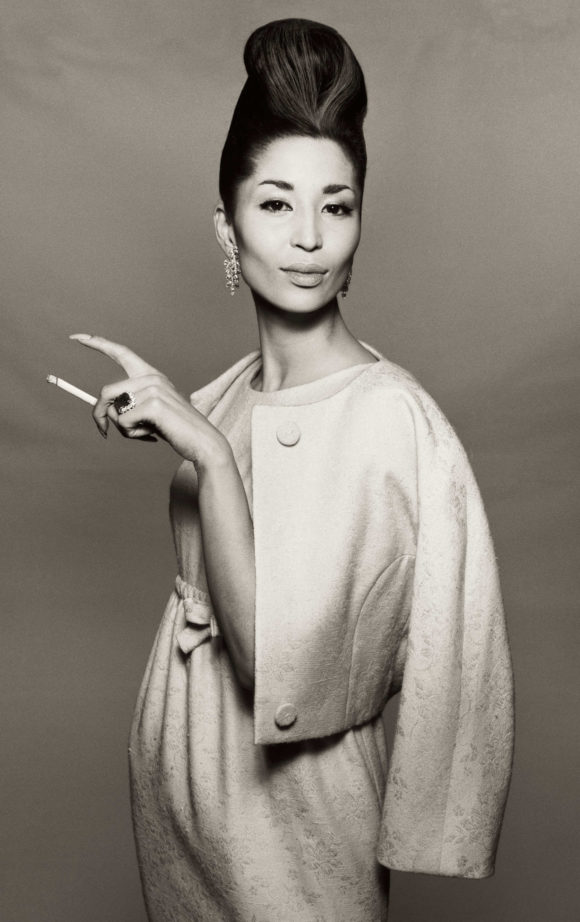 In honor of China Michado, who passed away on Sunday, I’m reposting this story originally published in September. For a link to one of her last interviews click here. As interesting as she was beautiful, the world has lost one of the most original models ever, she will be missed.

Up until the late 1950’s all models featured in Vogue and Bazaar were white. In 1958 Richard Avedon met China Machado, a woman of Chinese Portuguese descent, who just arrived in New York from Paris where she worked as a couture house model for Givenchy and Balenciaga. The results of their first shoot included the iconic photo above, which appeared in the February 1959 issue of Bazaar.

Change was hard won, executives objected to using a non-Caucasian model siting loss of subscriptions in the south. Avedon threatened to quit his contract if they didn’t use the photos, they relented and Machado went on to become one of the most celebrated models at Bazaar and Avedon’s muse and collaborator.

I first became fascinated with Machado as a student at FIT, while pouring through old Bazaars and Vogues in the library. I was struck by her aloof coolness and exotic beauty, which enlivened the couture she modeled and gave the proper clothes of the late 50’s and early 60’s an attitude and edge. Two excellent articles on Machado’s remarkable journey can be found here and here.