And When Did It Break $1000, Plus Some Reasonable Options 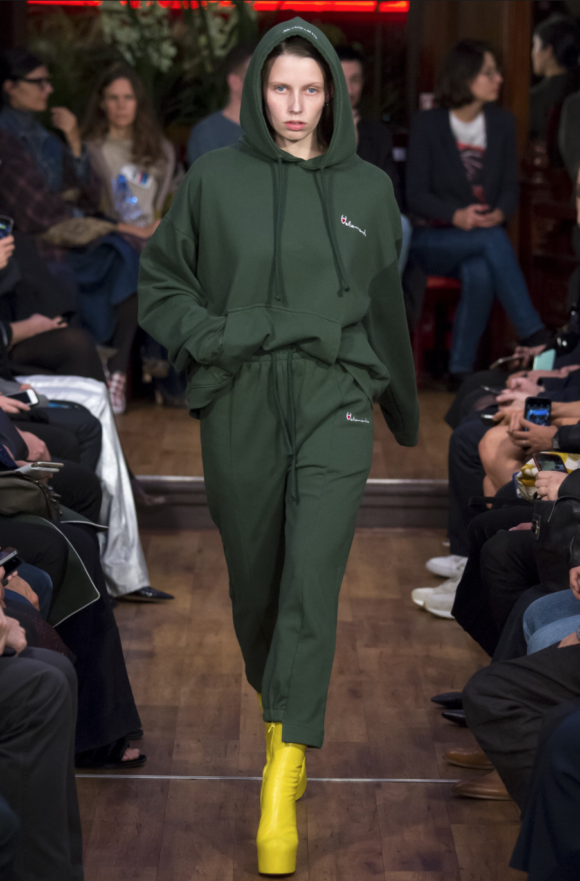 The designer sweatshirt and hoodie for that matter, has become a fashion staple.  Somewhere along the line the price of the humble sweatshirt began to ascend to unimaginable heights. I would place it around October 2015, when the then buzzy new label, Vetements, showed their spring ’16 collection. Sweats were present from the beginning but in their fourth collection they co-opted the Champion logo, literally turning it on its side and emblazoned it on a hoodie and sweat pant. From that moment on the humble hoodie became the next luxury it-item. All the major fashion houses, with no qualm about turning a fast buck, scrambled to get in on the action.  Now every heritage house has multiple versions of the designer sweatshirt and hoody as a cash cow for them and catnip for the fashion crazed.

The average price for your typical designer sweatshirt is in the neighborhood of 800 dollars.  Add a dab of embroidery or make the logo large enough and you’re looking at over 1000 dollars. Valentino even climbed up to 2790 dollars, but in their defense there was hella beading involved, but still it’s a cotton hoody.

I personally do not see the value in a designer sweatshirt or hoody.  Maybe I’m just old school but I find in your face logos tacky.  Yes, I just used the word tacky and I’m sticking to it.  But that said I do find myself craving a sweatshirt and hoody for my own spring/summer rotation.  Humble sweats, there is no denying, have grown up from their camp and sports team origins and now exude a kind of slouchy cool I want a piece of.  Luckily there are plenty of reasonably priced, chic alternatives without the tacky logo!