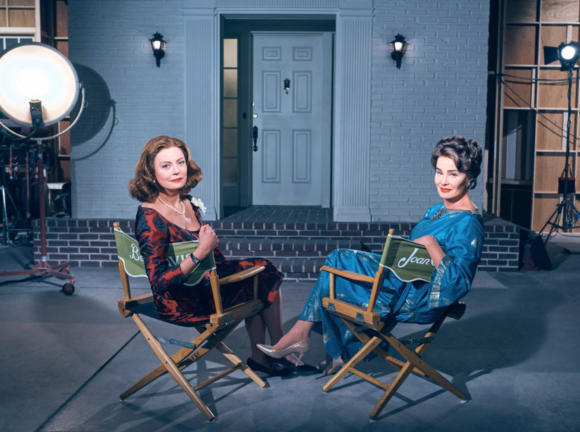 My daughter and I share a twisted love for the 1962 classic, Whatever Happened to Baby Jane?   When news broke that Ryan Murphy of Glee and American Horror Story fame was working on a mini series surrounding the making of the movie and the legendary rivalry between Joan Crawford and Bette Davis, we were thrilled. Now five episodes into Feud we’re obsessed. We talk about the last episode all week in anticipation of the next installment. Since we don’t subscribe to FX we purchase it the following day on Vudu and we’re already planning our marathon viewing at the end of the series, culminating in a viewing of Baby Jane.

This is TV at it’s finest. First of all the casting of the two stars is truly inspired. Jessica Lang fully embodies Crawford; her nuanced performance captures not only the controlling fighter but also the vulnerability beneath the tough exterior. Susan Sarandon’s Bette captures the glib wit of Davis without devolving into camp. The story is so compelling it’s hard to believe it hasn’t been mined already. But what really took me by surprise is the perfection of the set and costume design. 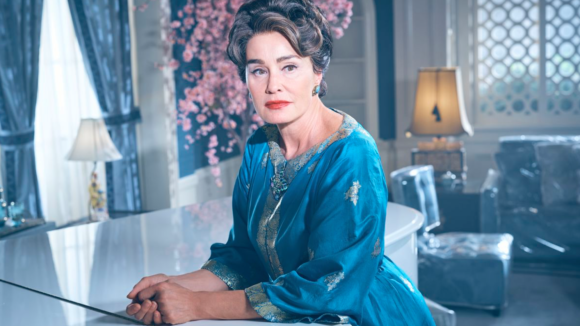 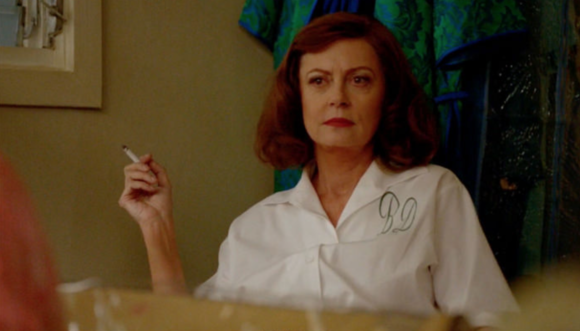 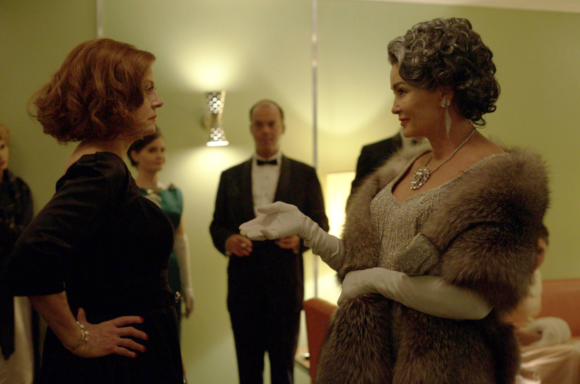 Joan’s glamorous Hollywood Regency home is a triumph of set design. The icy blue tones and Billy Haines reproductions epitomize 1963 Hollywood glamour. The next time I redecorate it’s Hollywood Regency all the way. I was also floored by Jack Warner’s office, which sadly I cannot find any images for. Bette Davis’s home is the polar opposite of Joan’s, all muddy earth tones and colonial Americana. Judy Becker the Production designer and set decorator, Florencia Martin, deserve an Emmy for their work. 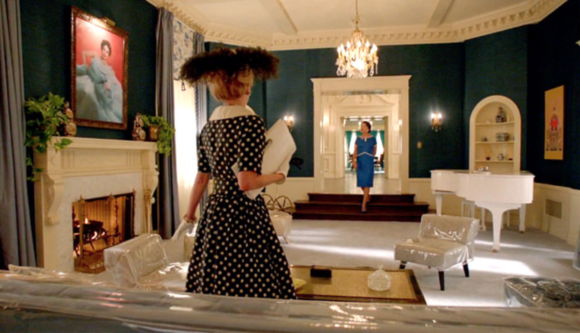 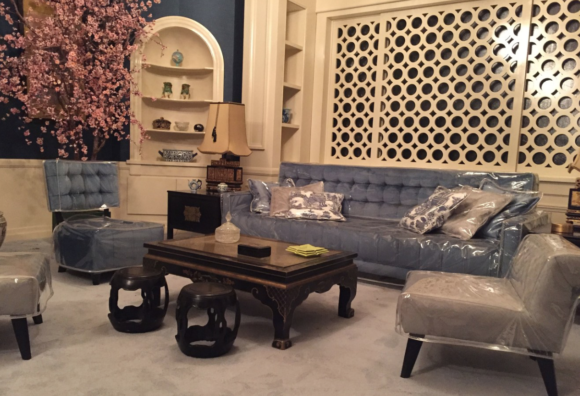 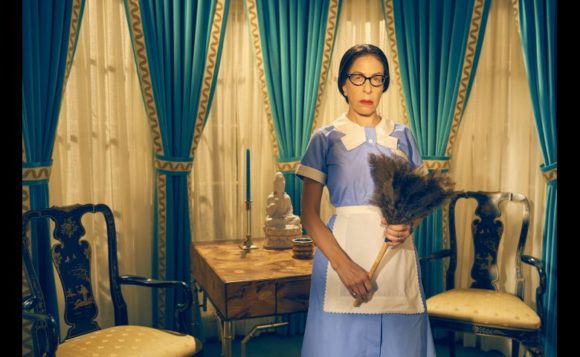 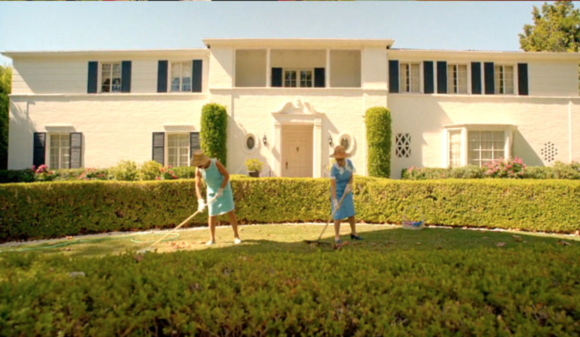 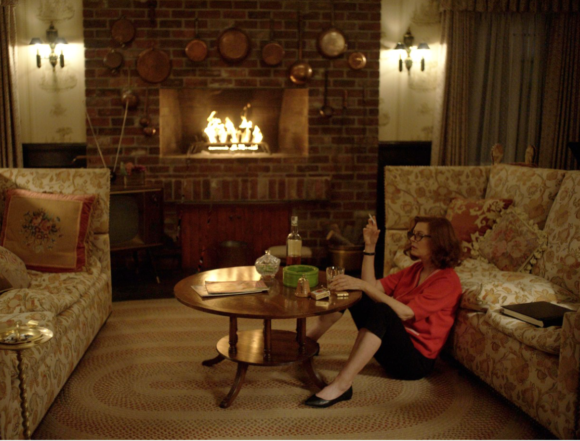 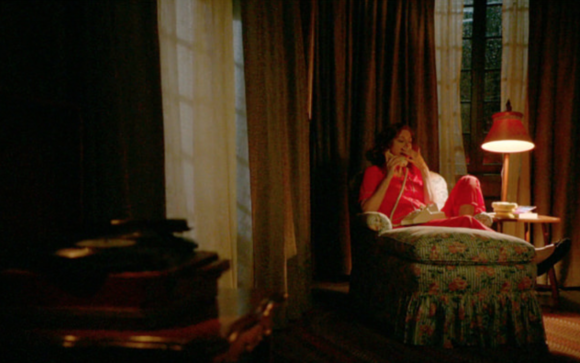 Also noteworthy are the exquisite costumes by Lou Eyrich. The costumes epitomize the time period, only better. But it’s Joan’s wardrobe, like her home décor that illuminate, animate and define the star and the world she inhabits and so desperately clings to. Emphasizing again the contrast between Joan’s carefully planned ensembles and Bette’s casual capris and cotton shirts. I was surprised to read there was a tight budget for the costumes, though it appears as though no expense was spared. It’s a feast for the eyes and a hell of a lot of entertainment packed into an hour episode. If you’re not already tuned in, catch up quick before episode 6 airs on Sunday, or Monday for Vudu, where you can find the back episodes. Opinions welcome! 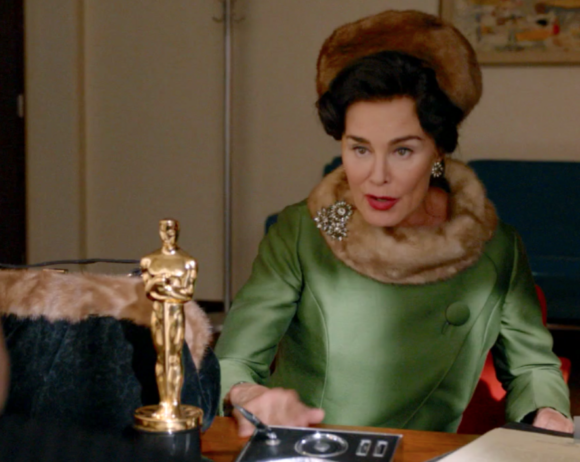 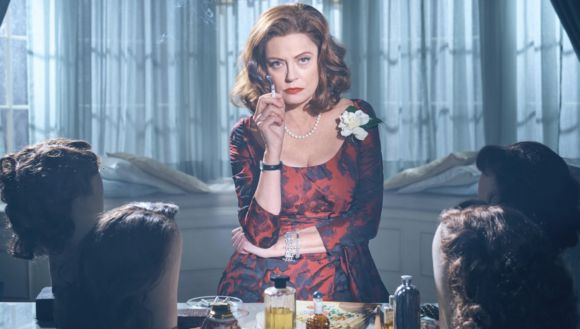